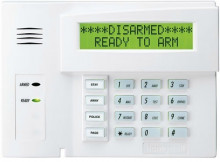 The majority of emergency alarms to which the Police Department and emergency personnel respond are false.  False alarms are herewith deemed to be nuisances resulting in a waste of municipal manpower and creating the potential for serious injury to police officers, fire department personnel and other emergency personnel responding to a false alarm.  Also, when said personnel are responding to the false alarm, they are not available for the protection of residents and the general public of the Police Department territory.

That being said, we also understand that mistakes do happen and therefore, a person shall receive a Warning letter and an Alarm Data Sheet for the first false alarm.

Unpaid fines at the end of the year will result in a Summary Ordinance Citation being issued.