The command staff of the Department is comprised of the Chief of Police and a Lieutenant. 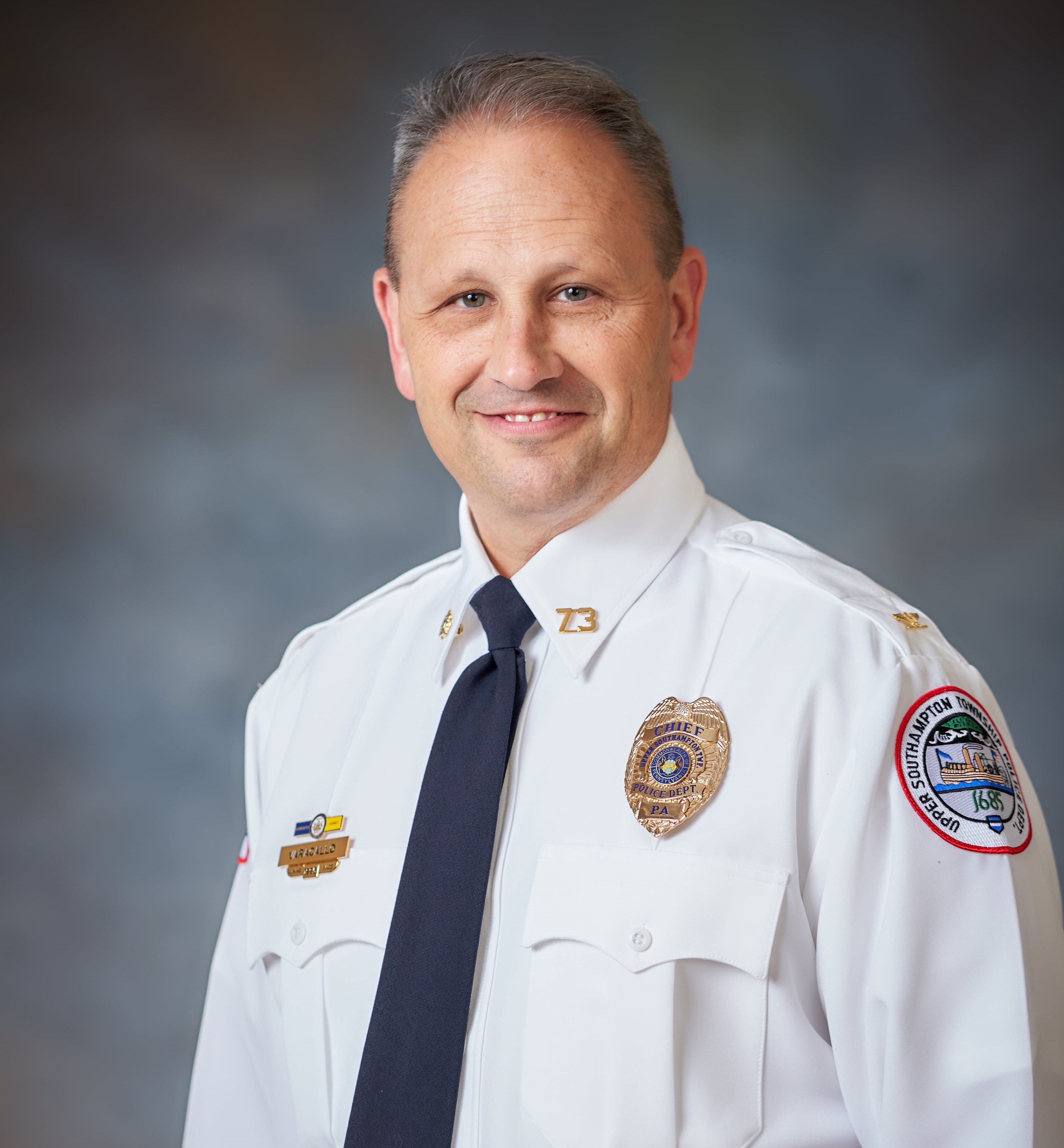 Hello, my name is Dominic Varacallo and I am the new Chief of Police here in Upper Southampton. I am very excited and honored to have been selected to serve the residents of Upper Southampton. I began my law enforcement career in 1994 working for the Southeastern Pennsylvania Transportation Authority (SEPTA) as a transit police officer. In 1997, I was hired by Warminster Township and continued my career in Bucks County, where I have spent most of my life. Throughout my 25 years of service in Warminster, I have held the rank of Corporal, Sergeant and Lieutenant. My experiences have provided me with opportunities not only to grow and develop as I advanced through the ranks of the department, but also the privilege in supervising and leading many great people. My experiences have prepared me and will guide me in this new endeavor in serving the Upper Southampton Community.

I have a Master’s degree in Public Safety from Saint Joseph’s University and in 2008. I graduated from Northwestern University School of Police Staff and Command. Currently, I am an adjunct instructor for the Criminal Justice Department at Delaware Valley University. My philosophy on policing is simple: The department, community, businesses, and everyone else are all part of the team. As a team, we need to work together and communicate openly and effectively in an effort to ensure and maintain the safety and security of our community. Should anyone need my assistance, please contact my office. I am extremely excited to serve Upper Southampton with Integrity and Respect. 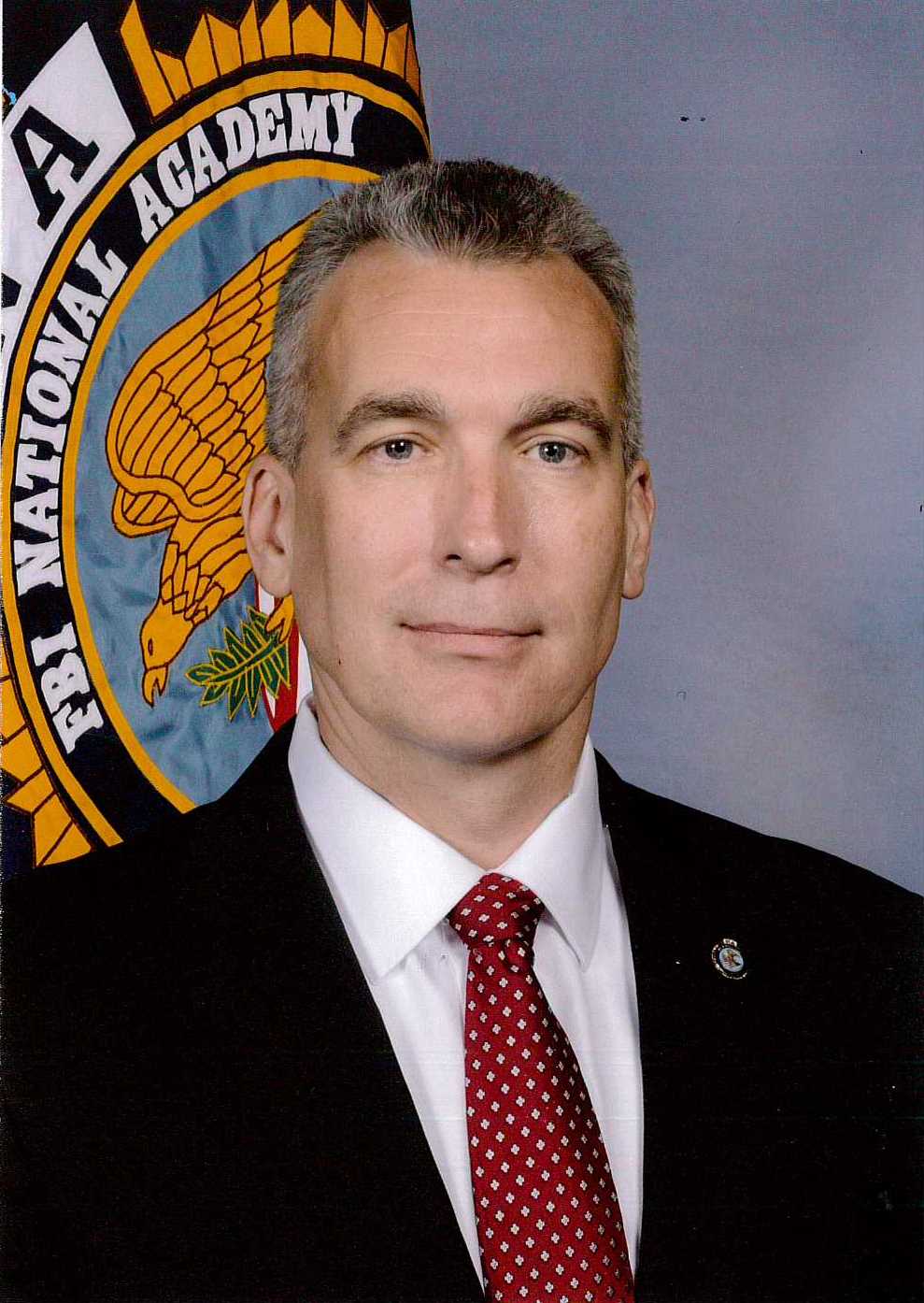 Lt. Craig Rudisill is a Southampton native who graduated from William Tennent Senior High School.  After graduating he entered the United States Marine Corps Reserve, achieving the rank of Staff Sergeant, and was called to active-duty service in support of Operation Desert Storm.  He holds a Bachelor’s of Science degree in Criminal Justice from Bethel University.

Lt. Rudisill joined the Department in 1995 and was assigned to the patrol division.  While serving there, in addition to performing his normal duties, he taught the DARE program to students at Our Lady of Good Counsel, Davis Elementary School and Stackpole Elementary School.  He was also specially trained in the area of accident investigation/reconstruction.

In 2007, he was promoted to the rank of Detective where he was responsible for investigating various crimes against victims and/or property with case preparation for the prosecution of offenders.  He was the Departments primary evidence custodian responsible for proper documentation, storage and destruction of evidence and property.  In 2010 he was assigned as the Department’s accreditation manager and was, and still is, responsible for policy development, file maintenance and obtaining proofs of compliance.

In 2015, he was promoted to his current position as Lieutenant where he assists Chief MacPherson in the planning, organizing and delegating all police objectives and support functions to ensure the safety and security of the community and police officers.

Lt. Rudisill has attended numerous police supervisory trainings and is a graduate of the 270th Session of the FBI's National Academy in Quantico, VA; the FBI’s 61st Command Institute for Police Executives; the FBI’s Executive Management Training Program and holds a Certificate in Municipal Leadership from Penn State University.  He also serves as an assessor for the PA Chiefs of Police Law Enforcement Accreditation program.

He is married with two children and enjoys traveling in his spare time.