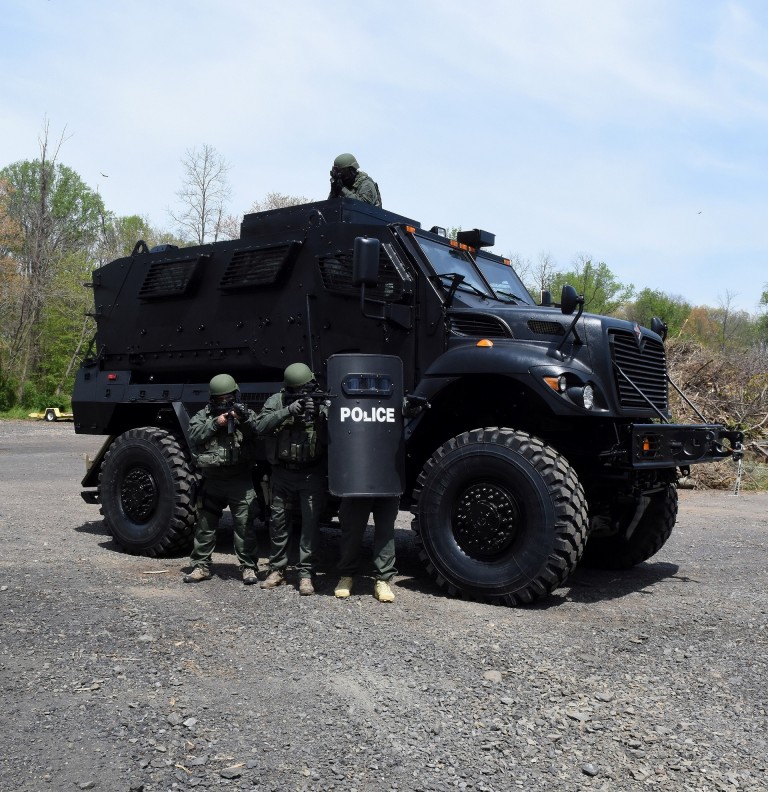 SERT is an acronym for the South Central Emergency Response Team, more commonly known as SWAT, which stands for Special Weapons and Tactics. This unit is comprised of several officers from Lower Makefield Township and makes up an overall team from 13 other Bucks County municipalities. The unit’s officers are trained and certified in the use of various types of weapons and tactics. The Response Team can be used in different incidents such as a hostage crisis, barricaded subjects, active shootings, or felony warrant services. The South Central Team also has a Mine Resistant Ambush Protected (MRAP) vehicle at its disposal. They can be used in an active shooting incident to deploy SERT officers safely or to rescue officers and for civilians that may be injured in such an incident.