A dozen relatives and friends of Eric Braxton and Arthur Hill spoke Thursday about the two “good and caring” men gunned down in a shooting rampage in October 2019 at a campground in upper Bucks County.

Braxton, 41, was a teacher who loved being outdoors and wanted his family and friends to know that there was “more to life than the streets of Philadelphia.” He enjoyed “nature and the camaraderie” of camping with loved ones, his mother said.

Hill, 46, also of Philadelphia, was one of Braxton’s close friends and also an outdoorsman, regularly inviting friends and relatives to join them on “camping trips meant for fun and bonding.” His son said he showed up at 5:30 a.m. on the morning of Oct. 19, 2019, to make sure he and his brother were at the next campout at the Homestead Campground in West Rockhill Township.

That camping trip should’ve been just as relaxing as the others, but instead became a nightmare when one of their guests Miles K. Jones, 42, of Philadelphia, opened fire, killing Braxton and Hill and sending 13 other campers in their group hiding in the woods.

On Thursday, Nov. 18, 2021, Common Pleas Judge Diane E. Gibbons said Jones must spend the rest of his life in state prison for the killings, sentencing him to consecutive life terms without parole.

Jones was convicted Monday of two counts of first-degree murder, 13 counts of recklessly endangering another person and one count each of firearms not to be carried without a license and possession of an instrument of crime.

“This is not the average murder case,” she said. “These were good men and were murdered in front of their families.”

During the campout, Jones and his girlfriend got into a fight and members of the camping group intervened and tried to calm Jones, but instead Jones began fighting with them and then grabbed a gun and shot and killed the two men.

“They acted immediately to help, and it cost them their lives,” Gibbons said.

In addition, Gibbons also sentenced Jones to one to two years on each of the reckless endangerment counts; 3 ½ years to seven years on the firearms not to be carried without a license offense; and 2 ½ years to five years on possession of an instrument of crime, all sentences running consecutively.

Following Monday’s conviction, District Attorney Matt Weintraub said, “I’m so proud of our prosecution team for getting justice for Mr. Braxton and Mr. Hill and their families. Guaranteeing life sentences without the possibility of parole for the defendant will allow their families to grieve for them as they wish.”

On Thursday, Louka argued for the maximum sentence allowable on a number of aggravating factors, including the lack of remorse by Jones and the callousness of his actions. He said Jones shot Braxton when there was no tension between the two men. “He killed him on his way to go kill someone else,” he said. “Snuffed him out in front of his family.”

Jones was invited on the camping trip with a group of 15 other people, mostly friends and relatives of his girlfriend.

At around 2 a.m. in the morning, an argument erupted between Jones and his girlfriend, and the woman told Jones to leave the tent they were sharing. An altercation ensued, during which Jones flipped the tent before the victims came to the woman’s assistance.

Hill was with his two sons when they tried to calm Jones, but instead Jones violently pushed Hill. One of Hill’s sons defended his father by punching Jones and knocking him to the ground.

While Jones was on the ground, he told them they were going to pay for this and “nobody’s safe.”

Some of the group walked Jones to his girlfriend’s car to calm him down and separate him from his girlfriend. Jones then retrieved a 9mm handgun and shot Braxton in the chest. The other campers ran into the woods for safety and Jones shot Hill in the back as he was trying to flee. 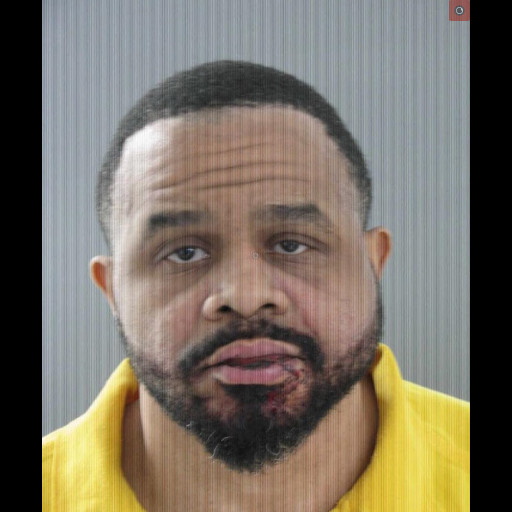