A woman convicted of third-degree murder for killing a young motorist while driving drunk on Route 309 in Hilltown Township was sentenced today to serve six and one-half to 24 years in state prison.

Calling Noelle Chew’s behavior “horrific,” Common Pleas Court Judge Gary B. Gilman said she “consciously and purposely ignored” many warnings not to drive the night her BMW plowed head-on into a Kia Sedona driven by 24-year-old Damian Toalombo of Allentown, who died at the scene.

Chew, 27, of Richland Township, was not seriously injured in the Jan. 21, 2017, crash. A Bucks County jury convicted her in August of third-degree murder, homicide by vehicle while DUI, homicide by vehicle, involuntary manslaughter, DUI / general impairment and DUI / highest rate of alcohol.

At the time of the crash, Chew’s blood alcohol concentration was at least three times the amount allowed by law, and she was driving the wrong way in the northbound lanes of 309.

“It was not just an accident,” Gilman said. “There were a lot of red lights that Ms. Chew went through that night. She had many opportunities to stop and, for whatever reason, did not.”

Over several hours before the crash, Chew had consumed the equivalent of eight and one-half shots of liquor at a Quakertown restaurant and a Sellersville bar.

After quarreling with her boyfriend, who tried unsuccessfully to restrain her from driving away from the Sellersville bar, Chew somehow wound up driving south for several miles in the northbound lanes of 309. Police said she could not recall how or where she entered the divided highway.

“There are no possible words to take back what I have done,” Chew told the victim’s family and friends, who packed one side of the courtroom.

“I feel great amounts of shame, remorse and guilt,” she said. “There have been many sleepless nights when I replayed the events and thought about what I could have or should have done…The thought of taking a young man’s life haunts me.”

At Chew’s trial, Deputy District Attorney Robert D. James successfully argued that Chew’s “sustained recklessness” was proof of the malice required for the jury to find her guilty of third-degree murder.

Not only did Chew know she was drunk, James said, but she chose to drive despite her boyfriend’s efforts to stop her, despite her aunt calling her and telling her to pull over because she sounded drunk, and despite several drivers on 309 trying to signal her to pull over.

Toalombo, recalled by loved ones as an upbeat, helpful young man who aspired to work in law enforcement, was driving home from work the night he was killed. His survivors urged Gilman to impose a lengthy sentence.

“Damian was an innocent person doing everything right that night,” his uncle, Eric Del Rosario, told the judge. Chew had many options other than to get behind the wheel, he said, “yet she still chose to get inside her car and drive drunk.”

Toalombo’s mother, Jacqueline Scarr, said, “I’ve been asked if I hate Noelle, and I wish I could, but because of the kind and thoughtful person my son was I can imagine him saying to me, `Mom, you don’t know what she must have gone through in her life to make her that way.’

“So no, I don’t hate Noelle. But regardless, that’s no excuse for what happened to Damian. She took someone so precious and caring from all of us and because of that, as long as I’m breathing and have to live with the pain of his loss, I will never be able to forgive her.”

Defense attorney Michael Diamondstein, who said Chew had “earned whatever sentence the court gives her,” described her as an otherwise law-abiding person who fell victim to alcoholism and mental illness.

“Half of the room feels sad for Ms. Chew,” Diamondstein said, referring to the defendant’s loved ones who also filled one side of the courtroom. “And half of the room hates Ms. Chew.”

Diamondstein said that Chew, a single mother of a 5-year-old girl, was abused as a child, suffers from bipolar disorder, and self-medicated with alcohol and marijuana. Because of her mental illness, he said, she has been institutionalized and has not been in a position to take advantage when rehabilitation opportunities have been offered to her.

“Ms. Chew is here because on her worst day, she took someone’s life,” Diamondstein said, adding that his client has “true remorse.”

James countered that Chew deserved to be sentenced harshly because of her repeated failure to deal with her problems.

He said that she was allowed into a pre-conviction probationary program after a DUI arrest in 2010, but failed to attend required alcohol education classes. She checked herself out of a rehab facility against professional advice, James said, and showed up drunk for outpatient treatment three days before the fatal crash.

James said that daycare workers summoned police after noticing that Chew appeared intoxicated while dropping off her young daughter. “If that’s not a wake-up call, what is?” he argued.

Referring to a psychological report stating that Chew was amenable to programs in prison, James said, “I wholeheartedly agree with her doctor. When she is in prison, she’s a threat to no one. When she’s out of custody, she is a threat to everybody.”

Gilman directed that Chew be evaluated and treated in prison for mental health and substance abuse issues, saying she had shown “profound lack of respect, lack of empathy [and] lack of concern for others” both before and after her arrest.

The case was investigated by police from Hilltown Township and the Bucks County Homicide by Vehicle Task Force. 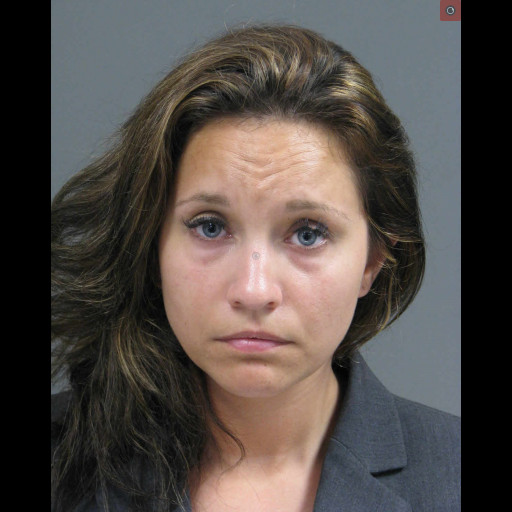