Following a yearlong investigation into the Pentz Drug and Gun Distribution Organization that included the purchase of guns and methamphetamine through confidential informants, Bucks County Detectives served three warrants on Tuesday and Wednesday, leading to the arrests of two men, both convicted felons, and the recovery of suspected drugs, money and several firearms.

A criminal complaint filed on Wednesday June 8, 2022, alleges the Pentz Drug and Gun Distribution Organization has been in operation in Bucks County since 2021 as a source supplier of methamphetamine, assault style rifles, handguns, and other firearms. The organization offered direct access to multiple types of firearms to include fully automatic firearms as well as parts to modify weapons to make them more dangerous.

“I can’t think of a deadlier combination than criminals motivated by illegal guns, meth and money,” District Attorney Matt Weintraub said. “Thanks to the incredible work of our Drug Strike Force, and its law enforcement partners, we’ve taken some of each off our streets with this bust and seizure. Bucks County is much safer for it. These kinds of investigations, arrests and seizures will continue to be a priority for us.”

Monachelli was arraigned on Wednesday by Magisterial District Judge Terrence Hughes and was committed to Bucks County Correctional Facility under $5 million bail, 10 percent. Pentz will be arraigned on those charges at a later time.

Guns, gun parts and ammunition seized in search warrants in Bristol Township and Bensalem. Three of the six guns on the table are described as ghost guns and the parts could have been used to make more. 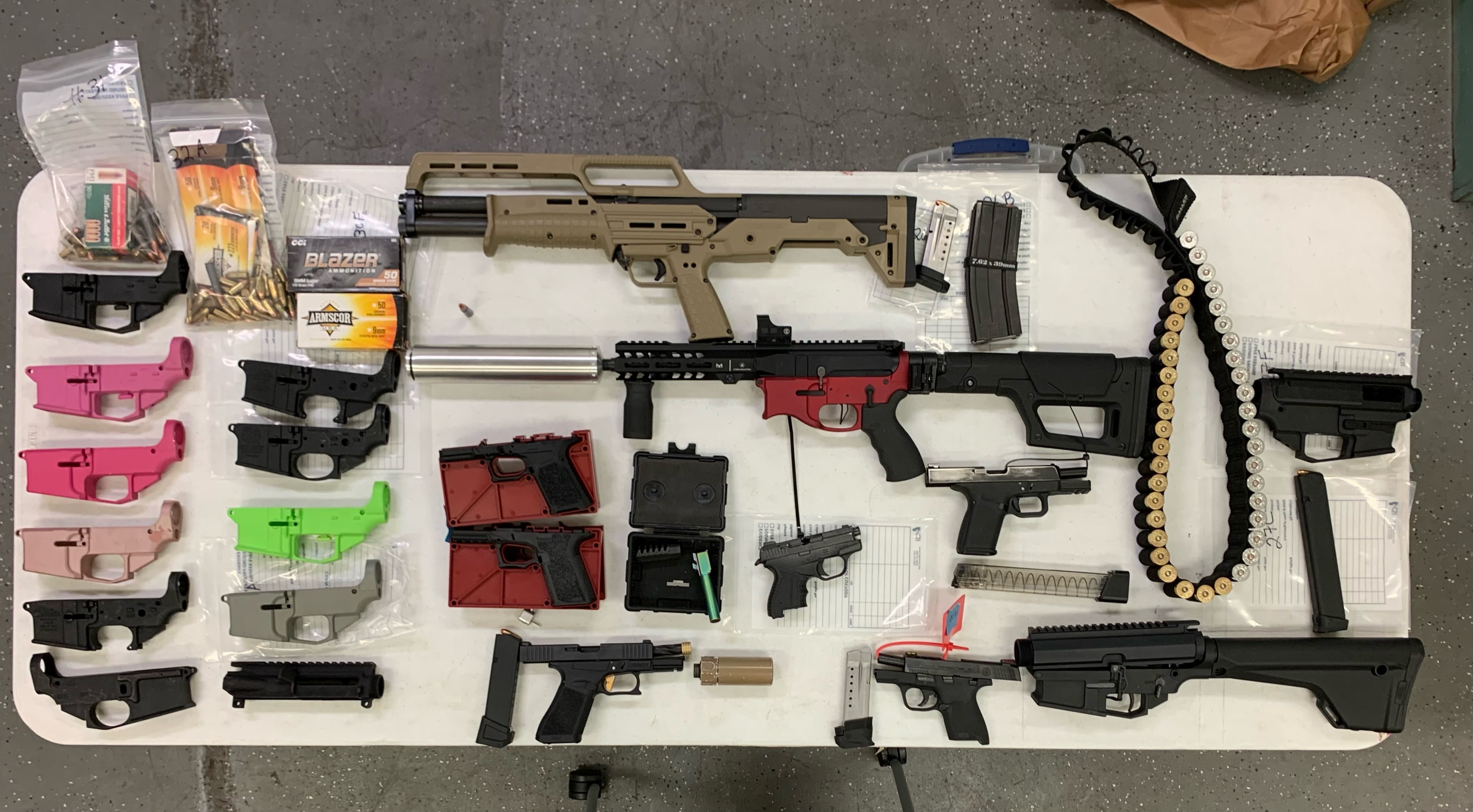 During a search of Pentz’s Macintosh Road home on Tuesday, detectives recovered suspected methamphetamine and drug sale paraphernalia as well as two firearms – a semi-automatic, assault-style rifle with a suppressor and a 9mm with a custom trigger, suppressor, and a switch converting it into a fully automatic firearm. Police described both weapons as ghost guns, untraceable firearms without serial numbers. Investigators also recovered ammunition, partial guns and parts, and $10,500 in cash from Pentz’ home.

Monachelli was taken into custody on Wednesday, following a search of his residence in Bensalem. There, police recovered two firearms, along with gun parts, ammunition and methamphetamine paraphernalia.

Police believe the investigation may result in further arrests. 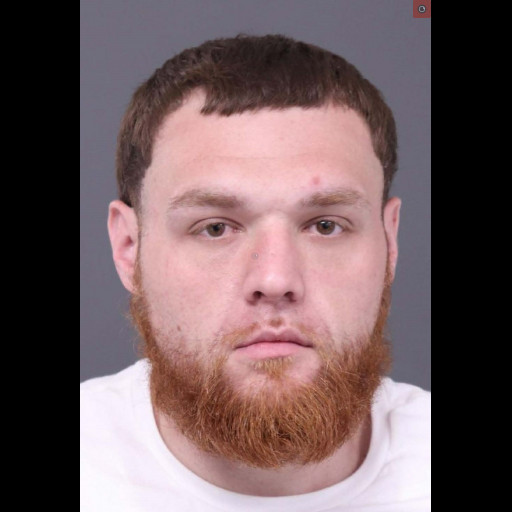 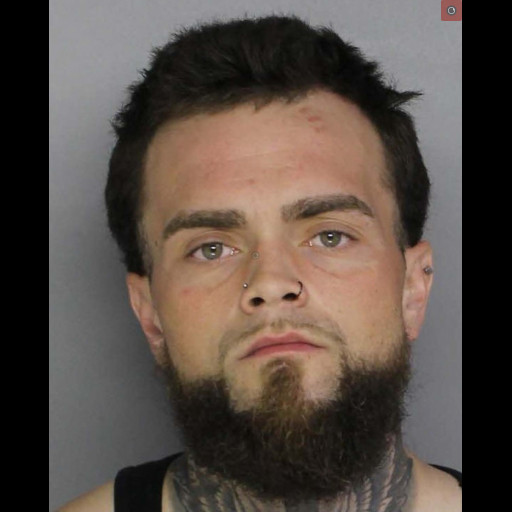 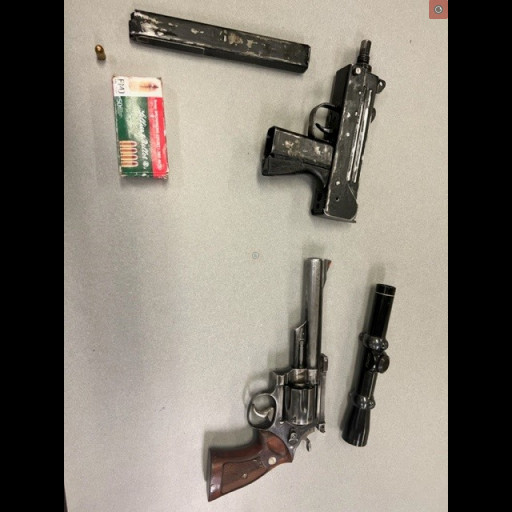 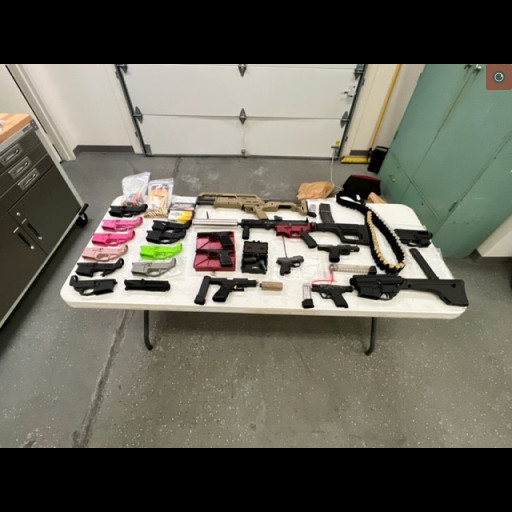 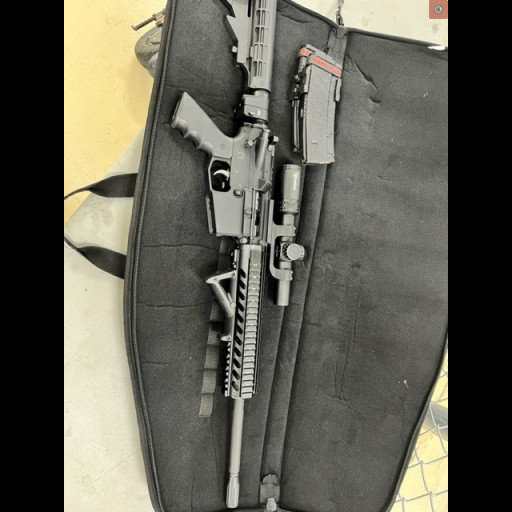