A Philadelphia man is responsible for delivering the heroin-fentanyl mixture that led to the 2018 overdose deaths of two Bucks County residents.

Diabate is currently incarcerated at the State Correctional Institution-Mercer on drug-dealing charges. He was arraigned Monday morning before Magisterial District Judge Michael W. Gallagher who set bail at $2 million.

Through an extensive investigation by Bucks County Detectives, Central Bucks Regional Police, Bensalem Police and Northampton Township Police, Diabate was identified as the person who sold the drugs that led to the overdose deaths of Timothy Connor, 33, of Doylestown, and Lucy Aaron, 22, of Bensalem.

"By charging this defendant with separate drug deliveries resulting in two separate deaths, we aim to send the strongest message possible that not only is drug dealing a deadly, risky business with dire criminal consequences, but also that we value every life taken too soon by his deadly poison,” District Attorney Matt Weintraub said.

During the investigation, detectives recovered and compared heroin and their labeled drug packets, analyzed cellphone data, interviewed witnesses and made controlled drug purchases from Diabate to confirm he sold heroin throughout Bucks County, including the deadly doses that killed the two victims.

He used four cellphones to try and cover his tracks, the investigation found.

“Based on this investigation, it is evident to your Affiant that Diabate used multiple heroin/fentanyl stamps on heroin/ fentanyl he was selling, cellular phones, phone numbers, chat applications, to facilitate his illegal drug business,” according to the 56-page affidavit of probable cause prepared by the Bucks County Detectives. “Your Affiant knows that this is a common way that drug dealers attempt to insulate themselves from being tracked by law enforcement.”

While investigating Connor’s death at his home in the 100 block of Cottage Street, the Central Bucks Regional Police Department located an iPad, a cellphone, more than 75 empty packets of heroin and other drug paraphernalia. Some of the empty packets were stamped “DANGER,” “FINAL FANTASY” and “A+.”

Detectives analyzed Connor’s cellphone and iPad for evidence of where he purchased the drugs, leading them to a text conversation he had in the days and hours leading up to his death. At the time, detectives were only able to identify the alleged dealer by a cellphone number.

After receiving information from a confidential source in October 2018, Bensalem police made two separate controlled purchases of heroin from Diabate. Those drugs were stamped, “FINAL FANTASY,” like the drugs found during the investigation into Connor’s death.

On Dec. 3, 2018, Bensalem police responded to a home in the 1400 block of School Lane to investigate Aaron’s overdose death.

During that investigation, a Bensalem detective recovered several used heroin packets in Aaron’s pockets and in her room, some that were stamped “DEMOLITION MAN” and “DANGER,” which was the same label as the drugs found at Connor’s home.

Detectives retrieved Aaron’s cellphone and found a string of text messages with someone referred to as “Lil,” who used the same phone number as the one used to make the controlled drug buys in October 2018.

Diabate and his girlfriend were arrested on Jan. 3, 2019 for dealing heroin in Bensalem.

During their arrest, police recovered heroin stamped “DEMOLITION MAN,” which was also found during the investigation into Aaron’s death. Diabate later pleaded guilty to drug dealing charges and was sentenced last February to five to 10 years in state prison.

The case is assigned for prosecution by Assistant District Attorney Ashley C. Towhey. 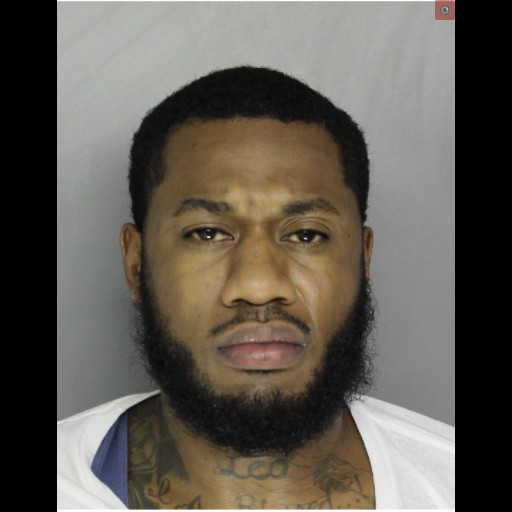