A 33-year-old man was sentenced on Tuesday, March 15, 2022, to 12 to 24 years in state prison for three arrests involving gun and drug offenses, two arrests happening while he was out on bail.

Austin Vaughn Carter, of Northampton Township, pleaded guilty in January to two counts of prohibited possession of a firearm and one count each of receiving stolen property and possession of a controlled substance for arrests that happened on Jan. 27, 2021, and Feb. 3, 2021.

In December, Carter was found guilty of possession with intent to deliver a controlled substance during a bench trial before Common Pleas Judge Jeffrey G. Trauger.

On Tuesday, Trauger sentenced Carter to four to eight years for each of the three cases, each sentence running consecutively, for a total of 12 to 24 years of incarceration.

Carter was first arrested in November 2019 following a Bucks County Detectives Drug Strike Force investigation. In that case, Carter delivered 150 bags of fentanyl to another person for $450.

A few months later while awaiting trial on the drug case, Carter was arrested on Jan. 27, 2021.

Officers with the Northampton Township Police Department were dispatched to a report of a suspicious person at 1:17 a.m. that day and stopped a truck hauling a motorcycle, which they discovered had been stolen. The driver of the truck and Carter, the passenger, were arrested for possession of the stolen motorcycle and drugs that were found on the front dash of the vehicle.

A search warrant later turned up a 9-mm “ghost gun,” a privately manufactured firearm, that was wrapped in a ski mask. The gun was found on the passenger seat where Carter had been sitting. Carter, a convicted felon, was not allowed to possess a firearm.

Five days after posting bail, on Feb. 3, 2021, Carter was arrested on another firearms offense.

That morning, Northampton Township police were dispatched to a report of an unwanted person at a home on Tinari Drive and found Carter in a parked car in the driveway. A woman who lives at the home told police Carter had sent threatening text messages to her boyfriend, including a photo showing an AR-15 platform rifle.

Realizing the picture had recently been sent, Northampton Township police searched Carter’s vehicle and observed in plain view, the AR-15 platform rifle, facing barrel down on the driver’s floorboard. After he was detained, Carter admitted in an interview that he took the gun from his dad’s residence.

Following the third arrest, the Bucks County District Attorney’s Office filed a motion to have his bail revoked, but before the bail revocation hearing could be scheduled, Carter posted bail and fled.

He was ultimately apprehended in Atlantic City and extradited on March 13, 2021. His bail was revoked shortly after. 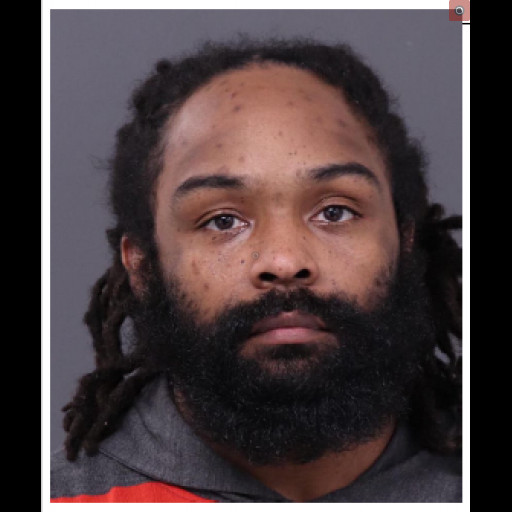