Shane Brolly is accused of crossing into opposing traffic to pass a vehicle on the night of March 27, 2021, leading to the head-on crash. As police investigated the crash, they located opened and unopened beers in Brolly’s truck and detected an odor of alcohol on him.

Blood tests results showed Brolly’s blood-alcohol content was 0.21 percent, more than twice the legal limit to drive, and an investigation found that Brolly had been drinking for several hours prior to the 10:10 p.m. crash in the 300 block of Bridgetown Pike in Northampton Township, Deputy District Attorney Robert D. James said in court on Thursday.

The investigation also found that Brolly was refused service at a Philadelphia bar because he was heavily intoxicated, and his friends pleaded with him not to drive, even offering him a ride and a place to stay.

Based on evidence and witness statements, police determined Brolly was driving north on the 300 block of Bridgetown Pike and attempted to pass a vehicle by crossing the double yellow lines into the southbound lane. The area is a no-passing zone.

While in the southbound lane, Brolly collided with a Mazda SUV, causing the vehicle to roll several times, and pushing it back 50 feet off the roadway. The crash sent Brolly’s truck back into the northbound lane where it then struck the vehicle he attempted to pass. Brolly was travelling 70 MPH at the point of impact, and he did not brake.

Three occupants in the third vehicle were treated at the scene and released.

Interviews with witnesses found that Brolly and Quinn began the day by buying two 12-packs of beer in Montgomery Country at 3:48 p.m. and drinking most of them while hitting golf balls at a Philadelphia golf center. Of the 24 beers purchased, only five unopened cans remained in the crashed truck.

They then drove to a Philadelphia bar, ate lunch, and drank at least one Guinness beer each. At one point, at 5:05 p.m., Brolly texted a cousin who let him borrow the truck to tell him he was not driving because he had been drinking and would return the truck the next morning.

Even then, “Brolly knew he was too impaired to drive,” James said.

Brolly and Quinn then left the bar, picked up a friend and went to another Philadelphia bar. During the drive to the second bar, Brolly sideswiped a vehicle and paid the driver $100 not to report the incident.

The three men arrived at the second bar, Paddy Whack’s, at 7:20 p.m. and Brolly drank another Guinness, several shots, mixed drinks, and a Corona. Surveillance video from the bar showed him clearly intoxicated, stumbling while he walked and spilling drinks, James said.

At approximately 9:52 p.m., bartenders cut off Brolly and refused to serve him, and he became agitated. Brolly’s friends, and a couple they met at the bar, attempted to calm him, and asked him not to drive. A woman offered to get him an Uber ride home and told him that driving while drunk is not worth it. Brolly's friend told him he could spend the night at his home.

Instead, Brolly and Quinn got into the truck, and Brolly sped out of the bar’s parking lot at 9:52 p.m.

Less than 20 minutes later, he crashed into the SUV occupied by the four high school girls.

Brolly, who is a non-US citizen and has lived in Philadelphia for two years, does not possess a valid Pennsylvania driver’s license.

The crash was investigated by the Northampton Township Police Department and the Bucks County Crash Investigation Team and was prosecuted by Deputy District Attorney Robert D. James. 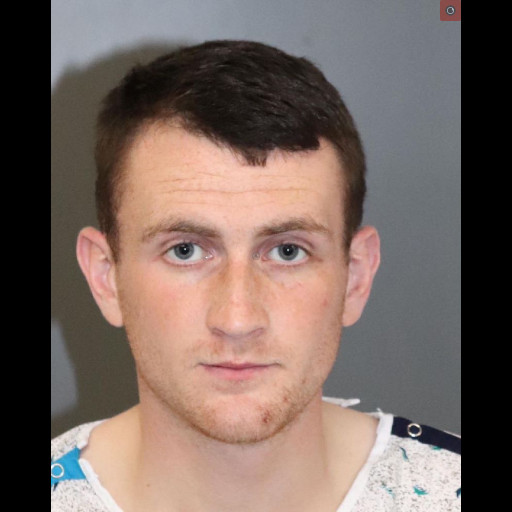