Felon Sentenced to up to 15 Years in Prison in Richland Township Strangulation, Gun Case

A convicted felon who beat and strangled his girlfriend in her Richland Township residence last year was sentenced on Thursday, Jan. 19, 2023, to 7 ½ to 15 years in state prison.

Qadir Jones, 31, of Philadelphia, entered an open guilty plea on Nov. 2 to felony counts of prohibited possession of a firearm and strangulation. He also entered pleas to charges of terroristic threats, simple assault, recklessly endangering another person, possession of drug paraphernalia, and possession of a small amount of marijuana.

Common Pleas Judge Raymond F. McHugh sentenced Jones to five to 10 years on the firearms offense and 2 ½ to five years on the strangulation offense, with the sentences running consecutively for a total of 7 ½ to 15 years in state prison.

In addition, McHugh sentenced Jones on three violations of his probation and parole, including one for a 2016 robbery conviction. He will serve an additional 490 days for that parole violation, McHugh ordered.

The case originated from a domestic violence call on Jan. 11, 2022, in the 400 block of Dogwood Lane in Richland Township. The victim called 911 and told dispatchers she suffered two black eyes and was being threatened with a knife by Jones, her boyfriend. She also said Jones fled, taking a black backpack.

When Richland Township officers arrived, they located the victim who had two black eyes, a swollen jaw, a gash on the back of her head and several marks on her arms.

She told police Jones punched her in the face six to seven times, choked her to the point it was cutting off her breathing, and pulled a knife with affixed knuckles on her while she was laying on the bed. He also threatened to kill her, she said. She was taken to the hospital to be treated.

While on patrol in the area of her residence, an officer located Jones and took him into custody. During a search of Jones, police found a pistol, marijuana, a scale, and a knife that matched the description of the one he threatened the victim with.

This case was investigated by the Richland Township Police Department and was prosecuted by Deputy District Attorney Brittney M. Kern. 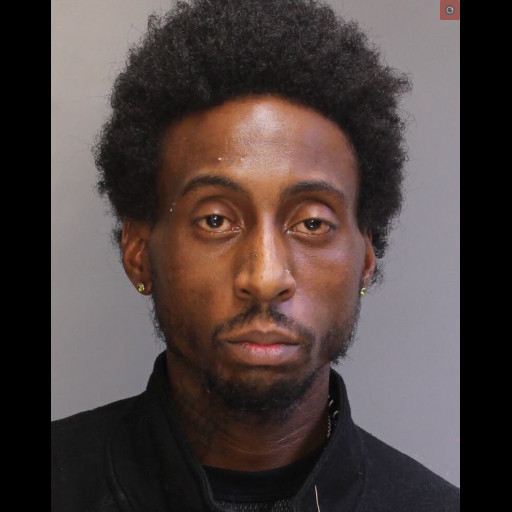