Officials from Quakertown Borough Police Department and Warminster Township Police Department will accept the rewards Monday evening on behalf of two tipsters, both of whom wish to remain anonymous, who provided law enforcement with information that proved critical in the arrest and conviction of drug traffickers in each municipality.

The event runs from 5 p.m. to 8:30 p.m. and will also feature discussion from a panel of experts with a focus on the epidemic of vaping among teens, substance abuse trends and related issues. 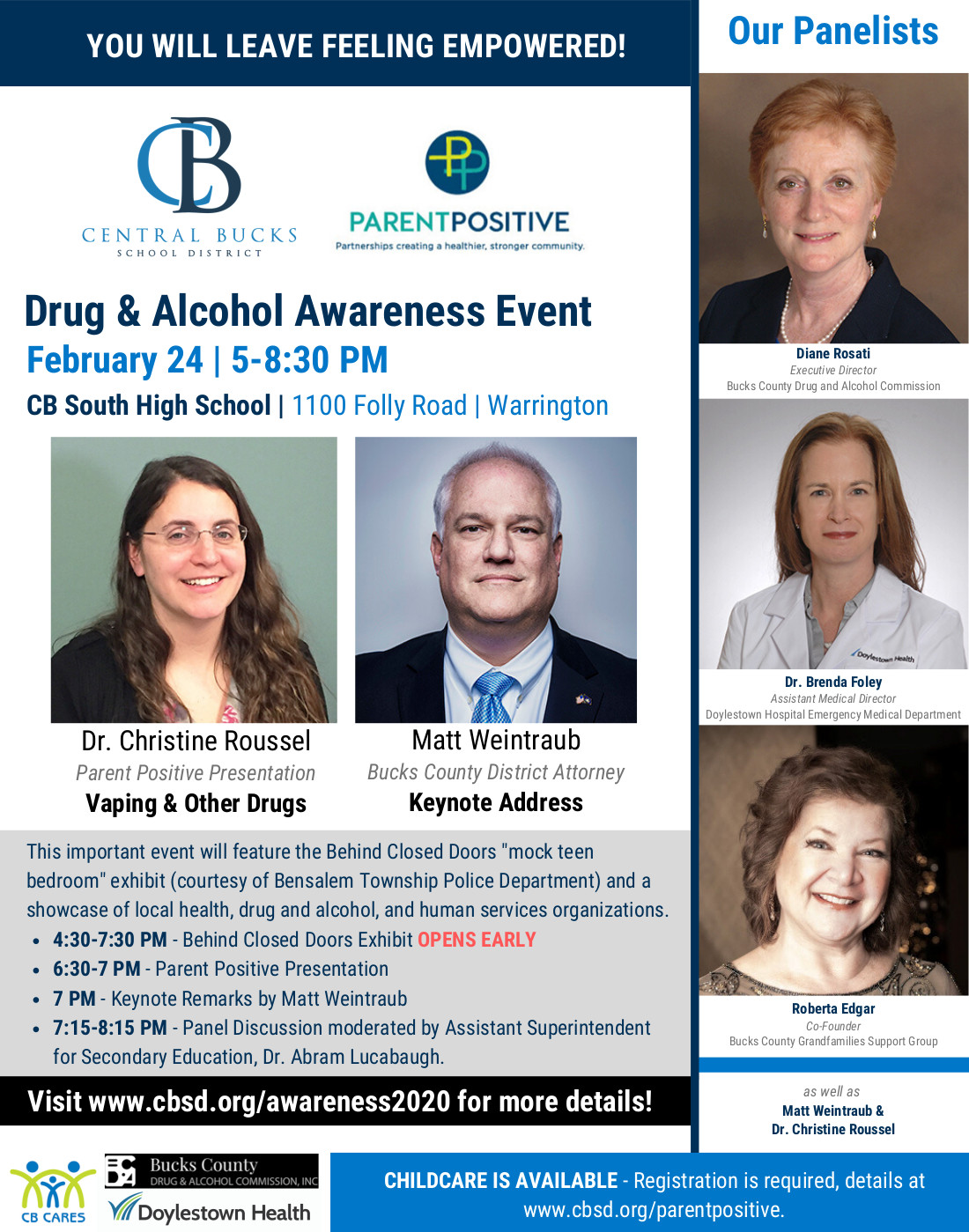 In each case to be noted during the district attorney’s speech Monday, tips received through Push Out the Pusher aided directly in landing drug dealers behind bars as well as in the seizure of dangerous drugs.

The observant tipster from Quakertown helped expose two neighbors last year who had conspired to sell drugs, including THC and methamphetamine, out of their homes. Both dealers were sentenced to county prison.

In 2018, tips received in Warminster helped police shutter a multi-million dollar heroin and fentanyl distribution facility operating out of a home on Cheryl Drive. The investigation led to 11 arrests. Defendants in that case have been sentenced to state prison, including ringleader Dariel Vasquez who received a sentence of five to 10 years and will be deported after serving his time.

Established in 2017, Push Out the Pusher empowers the citizens of Bucks County to reclaim their streets from criminals who seek to flood neighborhoods with dangerous illegal drugs.

Rewards of up to $5,000 are offered for tips that lead to the arrest and successful prosecution of drug dealers. The initiative paid out its first reward in the summer of 2018.

Also planned to be in attendance Monday will be Crime Stoppers Executive Director Melanie Bidlingmaier and its Secretary Tyler Tomlinson, Esq. District Attorney Weintraub serves as the group’s Vice President.

Visit buckscrimestoppers.org for more information about the program. Tips can be submitted at your local police department or by phone at 215.345.3784. 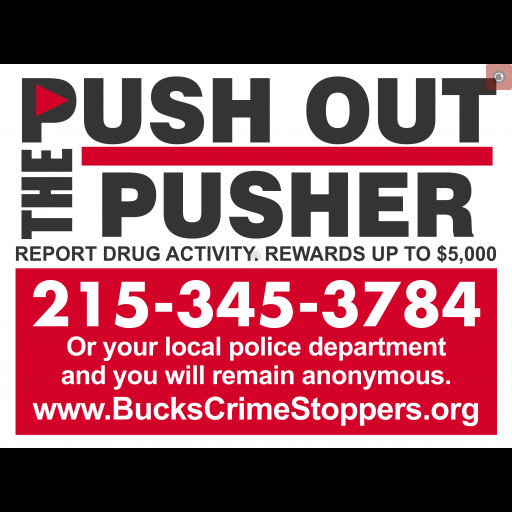