On May 19th at 1:40 pm, Bristol Borough Police responded to the report of two people trapped under a fallen tree on Plum Alley.  Upon arrival, two men ages 59 and 43, where found under a tree that had fallen due to the high winds.  The Bucks County Rescue Squad along with the Bristol Borough Fire Department and Bristol Township Fire Department  also responded.  Firefighters cut away branches which enabled medical personnel to treat and remove the victims.  Both were transported to Lower Bucks Hospital for minor injuries. 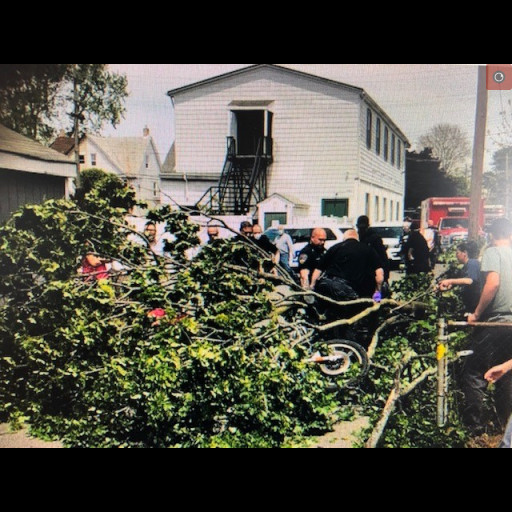