Repossession
Wesley Auto Recovery repossessed a vehicle on Holly Hill Rd. without incident. Wesley provided the proper paperwork at our HQ.
Traffic Accident
Patrol located an unoccupied vehicle that appeared to be disabled on Saint Leonards Rd. Patrol made contact with the vehicle operator who stated she struck a curb and the car became disabled. There were no injuries reported and the vehicle was towed.
Traffic Accident
Patrol was dispatched to Newtown Richboro Rd. for a report of a two vehicle traffic accident. Unit #1 was backing up in a parking lot and struck Unit#2. There were no reported injuries and neither vehicle required a tow.
Disabled Vehicle
Patrol responded to Newtown Richboro Rd. for a report of a disabled vehicle in the roadway. Upon arrival, Patrol spoke with the vehicle owner who stated he had a private tow on the way. Patrol assisted the vehicle owner with moving the vehicle onto the shoulder of the roadway.
Fraud
Complainant reports receiving a letter in the mail from the Pennsylvania Department of Labor and Industry stating she is eligible for unemployment benefits. Complainant reports she never filed for unemployment and would follow up with the Department of Labor.
Traffic Light Problem
Patrol was dispatched to Buck Rd. at Old Bristol Rd. for a report of the traffic lights being out. Patrol contacted DPW who set up temporary stop signs until the lights came back on.
Suspicious Vehicle
Patrol responded to the area of Breckenridge for a report of a suspicious vehicle. The suspicious vehicle was gone prior to our arrival.
Suspicious Incident
Complainant reports hearing someone cough in her garage. Patrol responded and checked the interior and exterior of the residence. Everything appeared to be fine and in order.

Pedestrian Stop
At 12:30 a.m. Patrol observed 6 subjects walking in the Northampton Township Park. The subjects stated they were walking back to their vehicle in the parking lot and leaving the area.
Criminal Mischief
Complainant reports that sometime overnight (7/19 – 7/20) an unknown subject flattened the tires to both of his vehicles parked on the roadway on Dorchester Lane.
Traffic Accident
Patrol responded to Crossroads Plaza for a report of a two vehicle traffic accident. Unit #1 struck Unit #2 while pulling into a parking space. There were no reported injuries and neither vehicle was towed.
Theft
Victim reports lawn equipment was stolen from his backyard in the area of Chapel Dr. The lawn equipment totaled around $300.00.
Investigation of Open Door
Patrol was dispatched to the area of Meer Dr. for a report of an open door. Patrol checked the area, located the open door and was able to secure it. Everything appeared to be fine and in order.
Fire
Patrol responded to Mallard Creek shopping center for a report of a brush fire. Northampton Township Fire Department arrived on scene and extinguished the fire.
Juvenile
Complainant reports juveniles entered McDonald’s without wearing masks and were asked to leave. The juveniles left the area.
Traffic Accident
Patrol responded to Tanyard Rd. for a report of a two vehicle traffic accident. Unit #1 failed to completely stop at the stop sign on North Friesland and struck Unit #2 who was traveling down Tanyard Rd.
Fraud
Victim reports that when filing his taxes, he learned that someone already filed taxes using his information. Victim filed a report with the FTC as well.
Landlord/Tenant Issue
Landlord contacted Police stating their tenant was permitting people in the apartment that were not allowed to be there. The landlord was informed to contact their attorney.
Juvenile
Patrol responded to Sackettsford Rd. for a report of juveniles throwing objects off the trestle. Patrol located the juveniles who denied throwing any objects off the trestle. Patrol contacted the juveniles parents to advise them of the alleged incident and the juveniles left the area.
Suspicious Vehicle
Patrol observed a vehicle on Buck Rd. with the four way hazard lights flashing. Patrol made contact with the vehicle owner, who stated he was making a delivery for door dash. 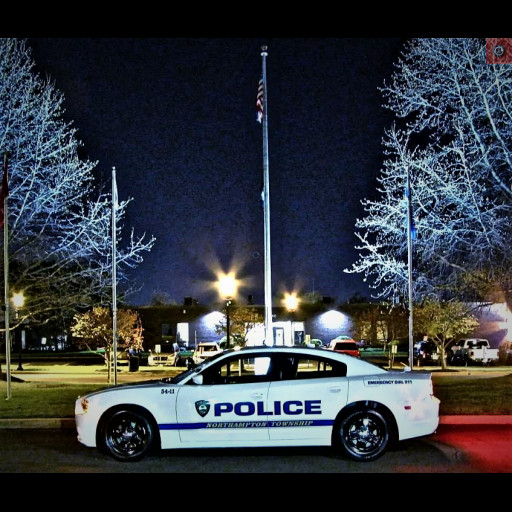