The Police Department became a full-time law enforcement agency in 1964. Previously, the Township was protected by a part-time volunteer force under the command of Constable Jack Frey. Since Constable Frey was the only law enforcement official in the Township, he became the first Chief of Police. (It has been said that Chief Frey would sit on the front porch of his house at the intersection of Bustleton and Second Street Pike and when driver would speed, he would jump into his personal Lincoln Continental and chase them down!)

During that time period, the Chief of Police and his volunteer officers purchased their own uniforms. The typical police budget amounted to $100.00 per officer, per year, for gasoline reimbursement, and an additional $42.00 for ammunition and miscellaneous supplies. 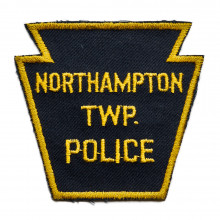 In 1964, the Board of Supervisors recognized the need for increased police services as residential development and population began to grow. Thus, a full-time department was established with three officers and a new chief of police, Anthony Fergione, and the department moved into their headquarters on the second floor of a house on Second Street Pike next to the Spread Eagle Inn. In the fall of 1974, the department and the Township were shocked with the sudden death of Chief Anthony Fergione. (Under Chief Fergione's leadership, the department had grown in size to 21 officers.)

Shortly after Chief Fergione's passing, the Board selected Lieutenant William Feeney to become the new chief of police. While under Chief Feeney's direction, the department continued to grow in size and technology. New standards were implemented regarding the hiring and training of officers and specialty units like traffic safety and a S.W.A.T. team were established. 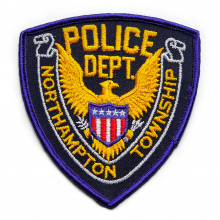 In 1976, as the department continued to grow, a new police headquarters was built on Township Road and is the current location of the department.

In 1992, Chief Feeney retired from the department and Acting Lieutenant M. Barry Pilla was selected as the next chief of police. Chief Pilla maintained the high standards set by his predecessors: He developed the Quality of Life Unit, which focuses on incidents or issues that require more time than what a patrol officer might have available, and was instrumental in the establishment of the County's Regional Special Response Teams.

In 2013, Chief Pilla retired from the department and Lieutenant Michael B. Clark was selected to be the next chief of police. Some of the new initiatives started by Chief Clark have been the "Coffee with Cops" program and the establishment of a Facebook page. A new style of graphics for the sides of the police vehicles was also developed. 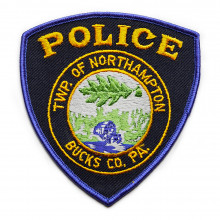 The men and women of the department are proud of the fifty years of dedicated service they have provided to our residents and look forward to providing continued service based on honor and integrity.