Falls Township Police has hired five new Officers, three of which were sworn in at the start of the Township Meeting this evening by Judge Vislosky.  The following are the newest members of our Department:

Michael was born and raised in Montgomery County and graduated from Abington High School in 2012.  He graduated from Penn State, Abington with a degree in Administration of Justice.  He currently holds the rank of First Lieutenant in the U.S. Army and is the executive officer at the U.S. Army recruiting station in the Pittsburgh, PA area.  He will be attending Temple University Police Academy in the Spring, 2020

Michael grew up in Hamilton, NJ.   He graduated from James Madison University with a bachelor’s degree and is currently enrolled in a master’s program.   Michael served in the Army National Guard and attained the rank of First Lieutenant.   Michael has been employed for the last 4 ½ years as a police officer in Hollywood, Florida. 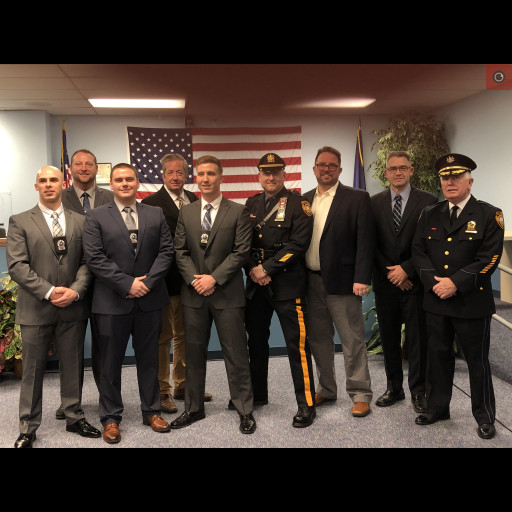