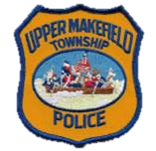 The Youth Aid Panel empowers the community to participate in problem solving by offering alternative programs of restitution and community service, for first-time juvenile offenders in the Newtown Area. Offers the first-time offender a second chance to avoid a criminal record and helps to make the offender understand the seriousness of his/her actions, as well as, the effect their crimes have on their victims and the community as a whole. The Panel meets on an as needed basis, at the Police Building.