Got Drugs? Maybe Not After This Past Weekend.

This past Saturday, 10/24/2020. the New Britain Township Police Department once again participated in the National Medication Disposal Program.  This program was designed so people can safely dispose of unused or expired medications.  This is a free program in which people remain anonymous.

New Britain Township has collection boxes within the police station as well as the administration building which are both located at 207 Park Avenue, Chalfont, Pa 18914.  Medications can be dropped off Monday thru Friday during normal business hours.

On specific days throughout the year agencies that participate in this program set up temporary sites where people can drop off medications.  This past Saturday, during a National take back day, we had one officer collecting medications at the police station and another officer positioned at the Giant supermarket within the New Britain Village Shopping Center.  Citizens dropped off a total of 113 lbs of medications on Saturday.

In addition to the Nationwide days we also see medications being dropped off at the police station and administration building on a fairly consistent rate throughout the year.  The last time there was a Nationwide drug take back day was 7/20/2020.  Since that date citizens have dropped off medications totaling 106 lbs.  Combined with the drugs that were collected this past Saturday a total of  219 lbs of unused or expired drugs have been collected just within New Britain Township in 3 months.  These drugs were then transported to a secure location so they could be destroyed.

A huge thumbs up to those citizens that participate in this program!  Not only does this provide a way to safely dispose of medications but it also keeps these drugs out of the hands of those that were not prescribed the medications. 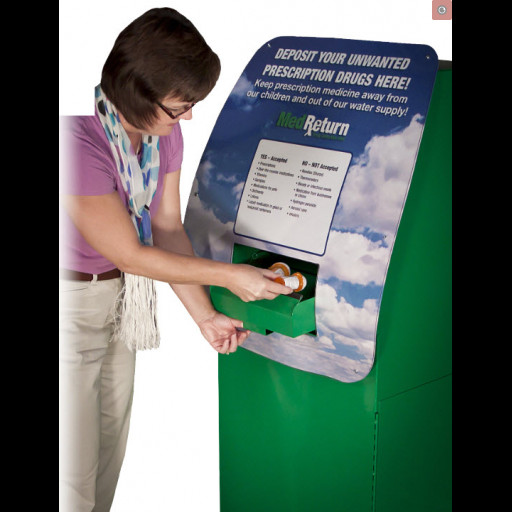