An Upper Southampton Township woman was sent to Bucks County Correctional Facility for causing the asphyxiation death of an 11-month-old girl at an illegal daycare facility the woman ran out of her home.

Lauren Elizabeth Landgrebe, 50, was sentenced by President Judge Wallace H. Bateman Jr. to one year less a day to two years less a day to the county prison, followed by 10 years of probation. She was also ordered to pay $1,758 in restitution, have no contact with the families of the victim and is not allowed to provide childcare and babysitting services.

Landgrebe pleaded guilty in June to felony counts of involuntary manslaughter, endangering welfare of children, operating a daycare facility without a license and tampering with evidence.

The baby died Aug. 27, 2019, from asphyxiation by strangulation after being placed incorrectly in a car seat and left unattended for about two hours. The baby was one of eight children in Landgrebe’s care that day.

Bateman called Landgrebe’s actions callous and caused “a lifetime of heartache that no judge can heal or cure.”

Prior to sentencing, Bateman heard eight emotional impact statements from relatives of the baby, who was 22 days away from her first birthday. Aunts, uncles, grandparents and the baby’s mother and father all spoke at the sentencing hearing.

“The world lost a beautiful light that shone upon anyone who came into contact with her,” her mother said. Her father described her as “the sweetest baby you can imagine.”

He added that the tragedy was 100 percent preventable. “Five seconds to engage the leg straps and we’re not here,” he said.

Upper Southampton Township police were dispatched just after 4 p.m. on Aug. 27, 2019, to Landgrebe’s home on a report of an unresponsive baby who was partially strapped in a car seat on the dining room table. The baby was taken to Abington Hospital, where she was pronounced dead at 5:15 p.m.

The investigation found that Landgrebe placed the baby in the car seat at 1 p.m. for a nap and she went outside to lay by the swimming pool at her residence, Deputy District Attorney Monica W. Furber said.

At 2 p.m., Landgrebe returned and gave the baby a bottle, which she propped up on a rolled hand towel because the baby could not hold the bottle herself. Landgrebe again left the room and spent the next two hours by the pool and did not return to check on the child until 4 p.m.

During an interview with investigators, Landgrebe said she took a photo of the napping baby at some point after 2 p.m., which she deleted while her husband was on the phone with 911 and performing CPR on the child.

During an autopsy, a mark consistent with a chest strap buckle was found on the baby's neck, and the coroner determined the baby died from asphyxia due to strangulation from a car seat restraint.

The case was investigated by Bucks County Detectives and the Upper Southampton Township Police Department and was prosecuted by Deputy District Attorney Monica W. Furber. 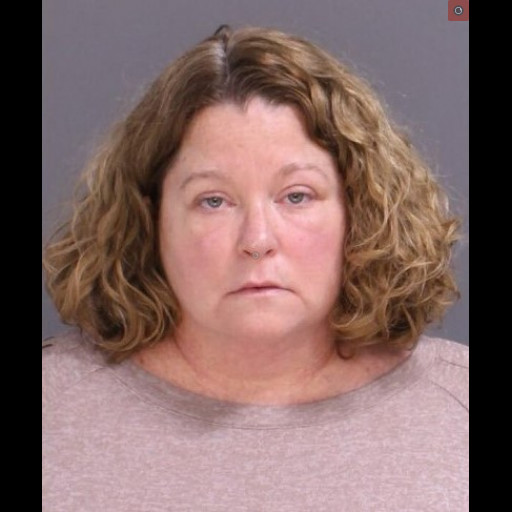