A New Jersey man was convicted today of third-degree murder for killing his 2-year-old son in a crash by running a red light while fleeing the scene of a Tullytown shoplifting.

Kuhn’s son, Qadan Trievel, was killed when Kuhn’s Jeep SUV blew through a red light, struck another vehicle on Route 13 and rolled over. The unbelted toddler was ejected onto the roadway, fatally fracturing his skull.

The crash happened moments after Kuhn, his son in tow, stole $228 worth of sound equipment from a Tullytown WalMart. He fled, tires squealing, from the parking lot just as police were arriving.

After the collision, Kuhn paced briefly near his son’s motionless body, then took off running as police approached.

Deputy District Attorney Robert D. James, who prosecuted the case, argued that Kuhn’s actions – taking Qadan with him to commit a crime, covering his license plate with a sweatshirt, driving recklessly and unlicensed, running a red light, and fleeing without aiding his son – all combined to demonstrate the malice required to support a third-degree murder conviction.

“Everything that went on that day was not just a tragedy, as the defense portrayed it, but it was malicious,” James said after the verdict. “I obviously agree with the judge’s decision.”

In addition to convicting Kuhn of the murder, Baldi found him guilty of homicide by vehicle, accidents involving death while not properly licensed, driving under the influence of controlled substances, retail theft, endangering the welfare of a child, recklessly endangering another person, failure to stop at a red signal, driving under suspension or revocation, reckless driving, and failure to use safety restraints on a child.

Sentencing was deferred until June 15 to allow for a presentence investigation to be conducted. Kuhn, who faces a maximum sentence of 20 to 40 years for the murder alone, remains at the Bucks County Correctional Facility in lieu of $5 million cash bail

Marwin Sinno, who drove one of the vehicles struck by Kuhn, testified that after Kuhn’s vehicle rolled onto his, “I looked over to my left and saw something. I thought it was a doll. I looked again and it was a child on the ground.”

Sinno said he saw Kuhn pacing behind his vehicle, never tending to the child or calling for help.

Andrew Popso, a firefighter and emergency medical technician who drove up to the accident, described finding the child pale, motionless and not breathing, with blood coming from his head and ears. An autopsy determined Qadan had suffered a skull fracture from ear to ear.

“You would have had to step over the child to exit [Kuhn’s] vehicle,” Popso testified.

“I escorted him back to the crash scene,” Finby testified. “He did not want to go back.”

Finby asked Kuhn where his child was. “Then I started to realize why he didn’t want to go back,” the officer said. “I had to drag him back there.”

A police vehicle camera shows officers and others walking back and forth behind Kuhn’s SUV, trying to aid the stricken child hidden on the other side.

When Grotz returned and said, “I think he’s dead,” to the handcuffed suspect, Kuhn erupted into a high-pitched scream that endured for several minutes.

Kuhn’s cries “were not the cries of a hardened heart,” Senior Chief Deputy Public Defender Bradley H. Bastedo argued to Baldi. He called Kuhn’s actions “tragic” and “reckless” but not evidence of malice.

James countered that Kuhn had shown malice from the time he chose to involve his son in a crime to the time Kuhn hid in the weeds from police while strangers tried to save Qadan’s life.

The case was investigated by the Tullytown Borough Police Department and the District Attorney’s Crash Investigation Team. 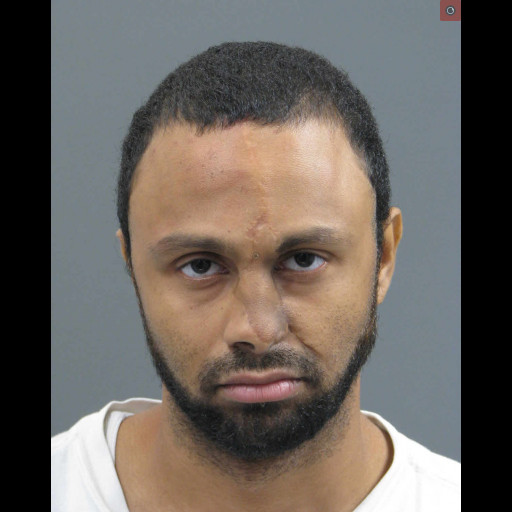