David Elijah Ward, 37, was accused of massaging the vaginal areas of two women during separate appointments in July at the Hand and Stone Spa, 512 North Oxford Valley Road.

After more than three hours of deliberations, the jury convicted Ward of two misdemeanor counts of indecent assault. He was acquitted of one felony count of aggravated indecent assault, a charge based on one victim’s assertion that Ward had penetrated her vagina with his fingers.

President Judge Jeffrey L. Finley deferred sentencing until Ward can be evaluated by the Pennsylvania Sexual Offenders Assessment Board, which recommends whether a defendant should be considered a sexually violent predator.

Ward remains free on $200,000 bail, $20,000 cash. He already has surrendered his passport and was ordered by Finley not to leave Pennsylvania.

The convictions mean that Ward no longer will be able to work as a licensed massage therapist, said Deputy District Attorney Kristin M. McElroy, who prosecuted the case.

Ward was charged in August with assaulting the two victims during massage appointments at Hand and Stone in late July.

The first victim, a 26-year-old who is studying ministry, testified that she was redeeming a gift certificate from her mother before leaving Pennsylvania to attend school.

During the latter part of her massage on July 21, she said, Ward slipped his hand under her underwear, massaging her vagina and penetrating her with his fingers. With his other hand, she said, Ward caressed and pinched her breasts over a covering sheet.

The woman said she didn’t confront Ward because she was so shocked and confused. “I wanted to get out of there,” she testified. “I didn’t feel safe. I wanted to go home and take a shower.”

After going home and showering, the woman said, she sat crying with her boyfriend before deciding to go to police. “I wanted to crawl into a hole, but I also wanted to stand up for myself,” she told the jury.

In a separate incident, the second victim, a 52-year-old nurse, described a similar assault that occurred during a July 28 appointment. When Ward began rubbing her genital area, the woman said, she began shifting her pelvis to move his hand. Ward asked if she was “uncomfortable,” the woman said, and when she answered yes he apologized.

Nonetheless, the woman said, she was “paralyzed by fear; scared to death” of what else Ward might do to her. She said did not confront him, and even left a sizeable tip upon leaving, in order to avoid drawing attention to herself.

“I was so scared that my objective was to get out of that place,” she testified. Upon leaving the spa, she blurted to a male friend who was waiting outside to meet her for a drink: “You won’t believe what just happened to me.”

The second victim called Hand and Stone’s corporate office to report the assault, which responded by terminating Ward.

Police discovered the nurse’s complaint while investigating the first victim’s report, and she reluctantly cooperated with the criminal investigation.

“I don’t want to be here,” she testified, but added: “I didn’t want him to be in a position where he could do this to someone else.”

The victims testified that they did not know one another, and had made their reports independently.

Ward testified that he never touched either victim inappropriately.

“Did you ever violate these two women in any way?” defense attorney Louis Busico asked him.

Busico argued to the jury that none of Ward’s DNA was found on the first victim’s underwear, and noted that both victims failed to confront Ward at the time or to contact police immediately.

“If you’re touched in a way that you don’t want to be touched, do you leave a 40 percent tip and then go have a drink?” he said, referring to the nurse’s testimony.

McElroy, however, argued that the women’s reactions were not surprising, given that “they went in there (expecting) to receive a professional massage.” They were “in a complete state of shock and disbelief” when Ward touched their genital areas, she said.

“When you go in for a massage, there are certain areas of your body that you expect to be touched,” McElroy said. “Your vagina is not one of them.”

The case was investigated by Detective Stephen Reeves of the Falls Township Police Department, assisted by the Bucks County Detectives. 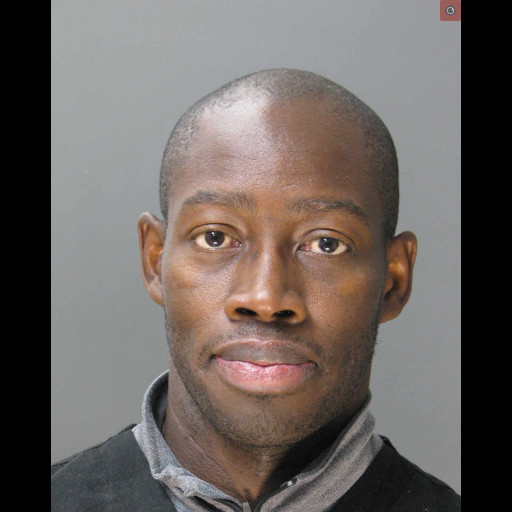