The Bucks County Detectives Drug Strike Force and the Bensalem Township Police Department have charged the leader and 16 employees of a methamphetamine trafficking “empire” that operated for at least three years in and around Bucks County.

William Jefferson, 57, of Philadelphia, was arrested Wednesday and charged as the head of what investigators call the Jefferson Drug Trafficking Operation (DTO). Arraigned by District Judge Michael W. Gallagher, Jefferson was held in lieu of bail set at 10 percent of $2 million.

With Jefferson, a.k.a. “Beetle,” at the helm, the drug ring moved about 20 pounds of methamphetamine every week, supplying distribution amounts of the drug to individuals throughout the region.

Associates described Jefferson as a “monster” who was feared by other dealers, a criminal complaint says. He faces counts of corrupt organizations, possession with intent to deliver methamphetamine, dealing in proceeds of unlawful activity, criminal use of a communications facility and related conspiracy counts.

The roundup marks the second major bust in two weeks spearheaded by the Drug Strike Force. 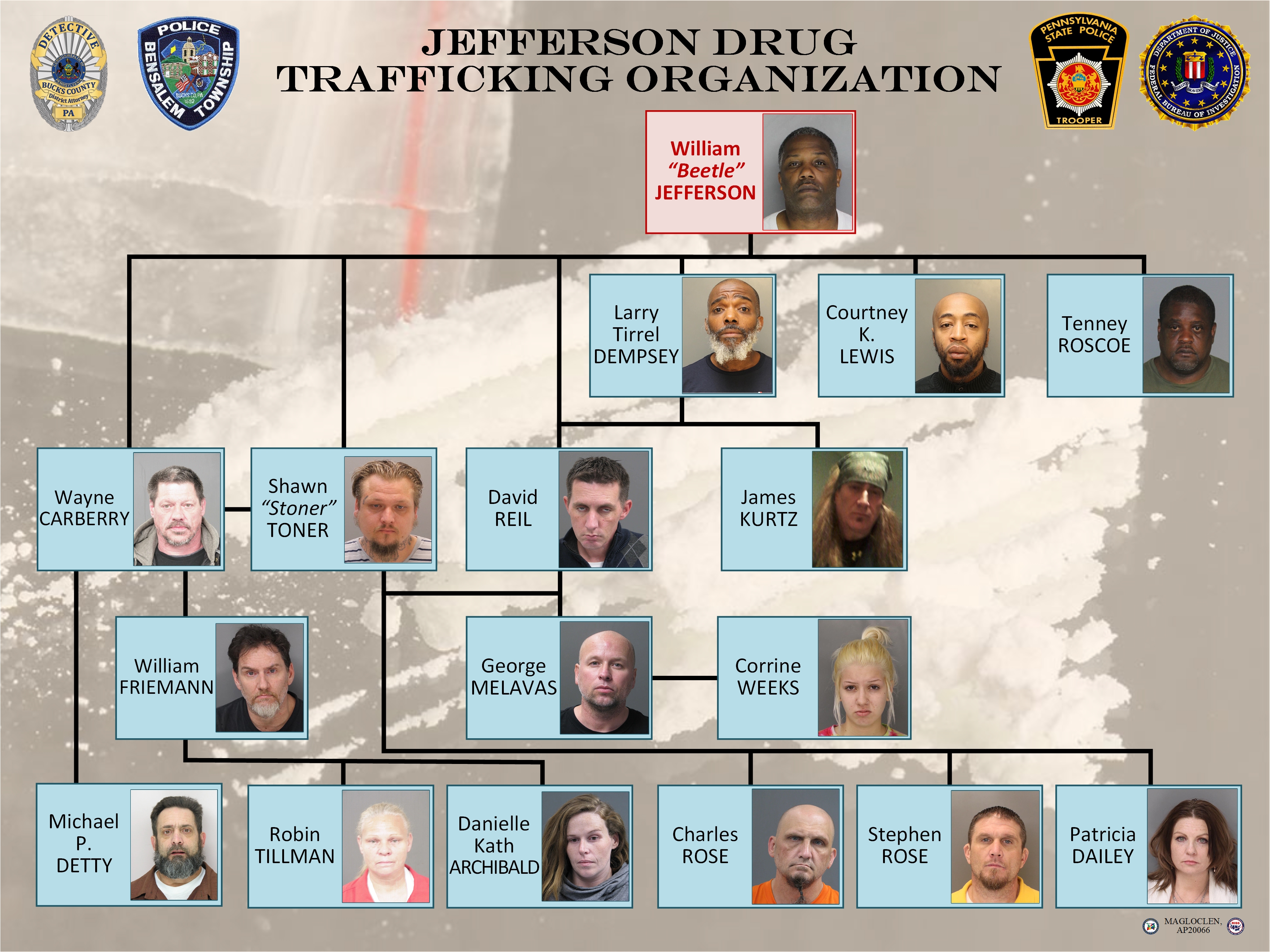 In a series of sprawling criminal complaints filed Monday, detectives from the Bucks County Detectives Drug Strike Force and the Bensalem Township Police Department describe the Jefferson DTO as a “main source supplier” that trafficked vast quantities of methamphetamine in Bucks County, supplying dealers in Bucks and the surrounding areas.

To house and distribute its wares, the organization utilized various locations in Lower Bucks County including Detail Doctor, a car detailing service in Bristol Township whose owners James Kurtz, 58, of Morrisville, and David Reil, 38, of Langhorne Borough, are among the 17 charged. A police search of the now-defunct business on Wednesday turned up a stolen gun and a distribution amount of methamphetamine.

Members of the Jefferson DTO dealt almost exclusively in distribution quantities of meth, often using quart-sized aluminum cans similar to coffee or paint cans to sell off pounds at a time. The weight of drugs moved weekly by the organization is estimated to have had a street value of more than $900,000.

The probe of the group, as outlined in charging documents, traces back to 2017 with street level dealers and grew through cooperative law enforcement efforts and the implementation of numerous investigative techniques. All but one of the case’s 17 defendants, a lower level dealer, have been apprehended and arraigned. Most have been held on significant bail.

The Liberty Mid-Atlantic HIDTA is one of 33 High Intensity Drug Trafficking Areas nationwide supported by funding from the Office of National Drug Control Policy.  Nine counties in Pennsylvania, New Jersey and Delaware comprise the Liberty Mid-Atlantic HIDTA region, with Bucks County being designated in 2019.  Along with the Bucks County District Attorney’s Office, over 50 federal, state and local law enforcement agencies partner through HIDTA to reduce the availability of drugs in the region. 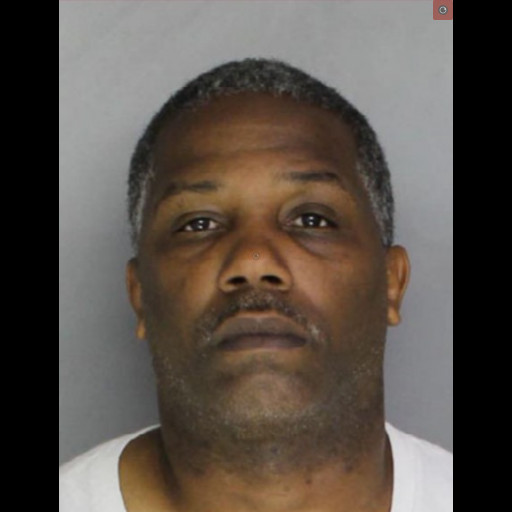