A 29-year-old man is being charged with attempted homicide and related charges after he fired a shotgun at his ex-girlfriend’s new boyfriend on Oct. 24 at the Village Square Apartments in Bensalem Township.

Jerome Tyrone Jordan, with no known address, is facing one count of criminal attempt to commit criminal homicide, two counts each of aggravated assault and simple assault and six counts of recklessly endangering another person. He is also charged with persons not to possess firearms.

The case was investigated by Bensalem Township Police and a Bucks County Investigating Grand Jury who recommended the charges. The charges were approved by Supervising Judge C. Theodore Fritsch Jr.

Jordan has been in Bucks County Correctional Facility since the day after the shooting on drug charges and possessing ammunition. He was arraigned on Friday morning on the new charges by Magisterial District Judge Michael W. Gallagher Jr. who set bail at $2 million, 10 percent.

“Thanks to the dedicated efforts of Bucks County’s Investigating Grand Jury, who are citizens just like you, another crime has been solved, and another dangerous person will be made to answer for his violent criminal conduct,” District Attorney Matt Weintraub said.

The Grand Jury heard testimony from several witnesses and reviewed evidence, which found:

Jordan went to the area of Magnolia Court-Mulberry Court at the Village Square Apartment Complex in Bensalem Township around 10 a.m. on Oct. 24, 2020 to confront the unidentified boyfriend of his ex-girlfriend.

The confrontation happened in a parking lot where Jordan had arrived in a black Saturn Vue.

After seeing the unidentified ex-boyfriend, Jordan exited his vehicle and angrily told him, “say something now,” according to the Grand Jury presentment. He then retrieved a shotgun from inside his vehicle, aimed it at the unidentified boyfriend and fired a single shotgun shell from approximately 20 feet away.

Besides the unidentified boyfriend, five other people were in the parking lot when the shotgun was fired. After the shooting, Jordan got back into his vehicle and fled the area.

When Bensalem Township police arrived, the victim was gone. Detectives recovered a spent shotgun shell and a shotgun wad approximately 25 feet from the spent shell.

The investigation led police to Jordan, and they arrested him at his job the next day.  Jordan told police he was at the scene of the shooting, but someone else fired the shotgun, naming someone who was already deceased, according to the presentment.

As the investigation into the shooting continued, Bensalem detectives obtained a search warrant to search Jordan’s phone, which uncovered several threatening text messages to his ex-girlfriend. In some messages, he admitted to owning a shotgun and in another, he wrote “lucky I missed,” according to the presentment.

Police also reviewed his internet search history, which found that Jordan had looked up the type of bodily damage that can be caused by a shotgun blast.

A search of his criminal history revealed that Jordan was convicted in a 2014 in Philadelphia for robbery, prohibiting him from possessing a firearm.

The case will be prosecuted by Assistant District Attorney Edward Furman, Jr. 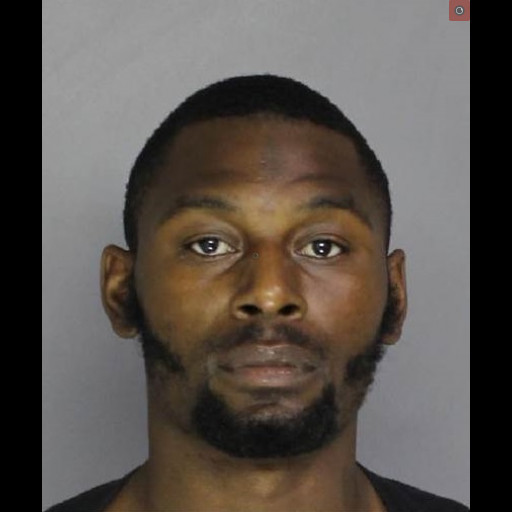