An unlicensed, intoxicated driver who killed a 68-year-old Doylestown woman in a head-on crash while fleeing the scene of another collision was sentenced this morning to serve eight to 20 years in state prison.

Joseph Mancinelli Jr., 25, of Warrington, pleaded guilty to charges including third-degree murder and homicide by vehicle while driving under the influence in the March 23 death of Patricia MacAllister.

James told Finley that the victim’s family was in agreement with the negotiated plea.

MacAllister was driving home from the grocery store on Sandy Ridge Road in Doylestown Township when a speeding Chrysler sedan driven by Mancinelli crashed head-on into her Hyundai sedan. She died of blunt-force chest injuries suffered in the collision.

Mancinelli had no valid driver’s license, was driving a car he had borrowed to buy drugs and was impaired by oxycodone and methamphetamine when the late-afternoon crash occurred. He was attempting to pass an SUV illegally across a double-yellow line when he pulled into the path of MacAllister’s oncoming car.

Minutes earlier, Mancinelli had rear-ended another woman’s car near Doylestown Hospital. He then fled the scene. The woman whose car he struck tried to follow him while calling 911, but gave up when Mancinelli reached Sandy Ridge Road.

The second crash happened moments later. Witnesses told police that Mancinelli never slowed or braked before hitting MacAllister’s vehicle, and then stumbled away from the wreckage without checking on her.

He discarded his keychain near a bike path across the street, witnesses said. Police later found oxycodone pills and methamphetamine inside a small canister attached to the keychain.

Blood tests revealed oxycodone, methamphetamine and alprazolam, a sedative, in Mancinelli’s blood in amounts that would have impaired his ability to drive safely, James said. Less than two hours before the crash, Mancinelli had borrowed the Chrysler from a friend, saying he needed to use it to buy Percocet, the prosecutor told Finley.

The victim’s husband and two daughters described MacAllister as a selfless, devout woman beloved by her customers at the New Britain pharmacy where she worked. She delivered medicine to those too sick to pick up prescriptions, and attended funerals and wrote sympathy cards to the families of customers who died, her survivors said in victim-impact statements that were read in court.

“Our family was overwhelmed with emotion when we received countless letters from her customers who told us Mom paid for their medicine when they could not afford it at the pharmacy,” daughter Bonnie MacAllister said.

“Pat was not only my best friend for 53 years, but my wife for 45 of those years,” James MacAllister wrote.

He had secretly planted more than 100 daffodils in their yard to surprise her in the spring, but “those flowers rose from the soil after she passed,” Bonnie MacAllister said.

She added that the family suffered the financial loss of her mother’s income, health insurance, Social Security and pension benefits because of her death. Her grave remained unmarked for months because of funeral expenses, she said, “the legacy for a mother and wife postponed, a life halted mid-moment.”

Daughter Melissa MacAllister said her mother, “the true definition of a humanitarian,” had cared for her through years of serious illness, had volunteered constantly through her church and other venues, and referred to her pharmacy customers as her “friends.”

The MacAllisters received 136 prayer and sympathy cards in their mailbox, Melissa MacAllister said, each from a person with “a story about the kindness my mother held in helping them.”

Mancinelli, who cried silently through the family’s statements, said his own father and mother had struggled with drug or alcohol dependence. His father was killed by a drunken driver when Mancinelli was 16, he said, and at 18 he witnessed the murder of a friend who was shot during a robbery in Philadelphia and died in his arms.

Mancinelli said he dropped out of high school because of depression, anxiety and attention-deficit disorder, but began self-medicating with illegal drugs instead of those he was prescribed to take. He was under supervision for previous drug and hit-and-run offenses when the fatal crash occurred.

“I’m not a terrible person; I just made terrible choices,” he told Finley. “I want to spend the rest of my life trying to be a better person.”

Mancinelli apologized to MacAllister’s family, saying, “My heart goes out. I think about it every day. I feel terrible.”

Finley told Mancinelli that his crimes had caused “a huge ripple effect on the community,” and that “no sentence I impose will restore these people, take away their pain and compensate them for what they have lost.”

“This is all on you,” the judge said. “All this came as a result of a series of reckless acts by you, resulting in the death of Mrs. MacAllister and the pain you see here today.”

The case was investigated by the Doylestown Township Police Department and members of the Bucks County Crash Investigation Task Force, and was prosecuted by James and Assistant District Attorney Jovin Jose. 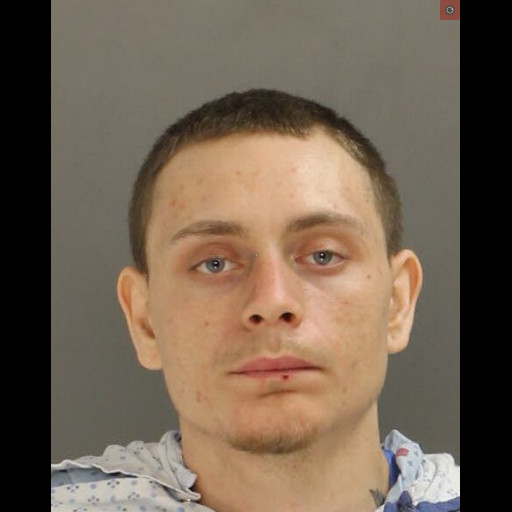