District Attorney Matthew D. Weintraub, accompanied by police chiefs from throughout Bucks County, today announced the countywide launch of CRIMEWATCH, a new online tool designed to give the public direct access to information about crime and public safety issues in their communities.

As of today, 28 Bucks County police departments have active CRIMEWATCH portals as a result of initial funding approved by the Bucks County Commissioners. Members of the public are able to view and interact with those sites through free online subscriptions on their computers and tablets, or on their smartphones through a free downloadable app.

The goal of the CRIMEWATCH digital platform is to enable the Bucks County law enforcement community to quickly organize and disseminate public safety information, and to allow the public to report suspected criminal activity.

“We live in a great community here in Bucks County. CRIMEWATCH reinforces that police / public partnership, and just made it a lot tougher to be a criminal in Bucks County,” Weintraub said at a news conference in Doylestown.

Police can use CRIMEWATCH portals to disseminate news about crimes their departments are investigating, arrests that have been made, suspects and fugitives being sought, public service announcements, missing-person alerts, court-case outcomes and other law enforcement-related information.

Citizens, in turn, can use an interactive tips function to help identify suspects, locate fugitives, report criminal activity or provide other information to police that could help solve crimes. Tipsters have the option, through CRIMEWATCH, of submitting this information anonymously, or to provide their contact information so that police can follow up with them.

“One of the key hallmarks of CRIMEWATCH is transparency,” Weintraub said at a news conference in Doylestown. “CRIMEWATCH enables police to operate with more transparency while allowing us to have a dialogue directly with our residents.”

CRIMEWATCH allows the public to do the following:

The value of these law enforcement / public connections was demonstrated in December, after the Bensalem Township Police Department became the first police agency in Bucks County to use the CRIMEWATCH technology.

Within 10 days of launching their CRIMEWATCH portal in late November, Bensalem police made six arrests based on tips submitted by citizens through CRIMEWATCH. Among them were suspects in a home-invasion sexual assault, a hit-and-run that critically injured a bicyclist, and a theft and fraud case involving credit cards.

“Police have always had to work with the community to solve crime. That’s not changing,” Weintraub said. “Through the CRIMEWATCH network, the community can take a more active role in public safety.

“We’re not asking people to become vigilantes; quite the opposite. If you have a tip, or information that could help solve a crime, you can now submit that tip anonymously through the CRIMEWATCH platform,” Weintraub said. “ … This is the end of the `snitches get stitches’ culture. No one should ever feel scared or threatened or intimidated when they have information that they want to share with police.”

Weintraub thanked Scott Forster, director of the county’s Emergency Management Agency, for his role in obtaining a homeland security grant to fund CRIMEWATCH for all county police departments for at least one year.

He said that local police departments have been eager to use the new technology.

“Nearly three-quarters of our police departments are already enrolled and actively using CRIMEWATCH as we stand here today,” Weintraub said. Most of the rest are expected to be using the platform in the near future.

CRIMEWATCH Technologies, Inc., is a strategic partner of the Pennsylvania Chiefs of Police Association. The information collected and shared via CRIMEWATCH is owned and managed by Pennsylvania law enforcement agencies.

Matt Bloom, founder and CEO of CRIMEWATCH Technologies, presented a demonstration of the platform at the news conference.

“People today spend more time on their smartphones, on their Facebook, than they often spend in the real world,” Bloom said. “For police who are charged with the task of community policing, engaging people in this space and getting in front of them requires a change of operation.

“The CRIMEWATCH platform is a national information-sharing, intelligence-gathering network. It utilizes the public to take part in public safety.”

The Bucks County CRIMEWATCH is now available to the public at www.buckscrimewatch.org 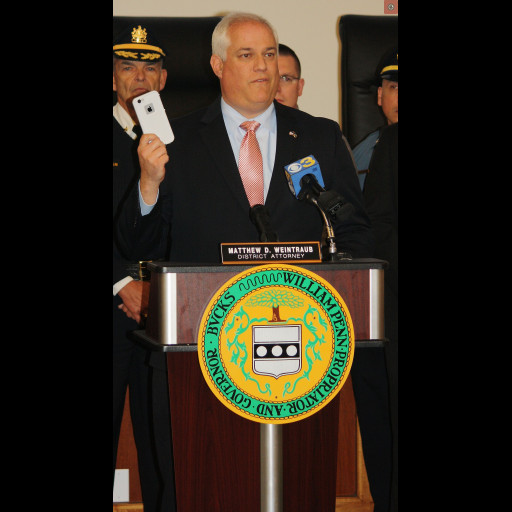 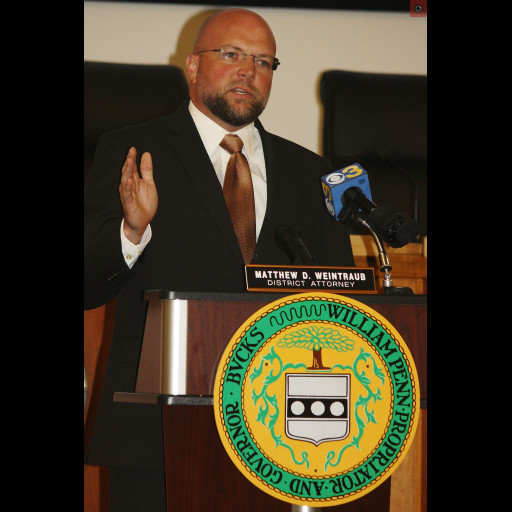 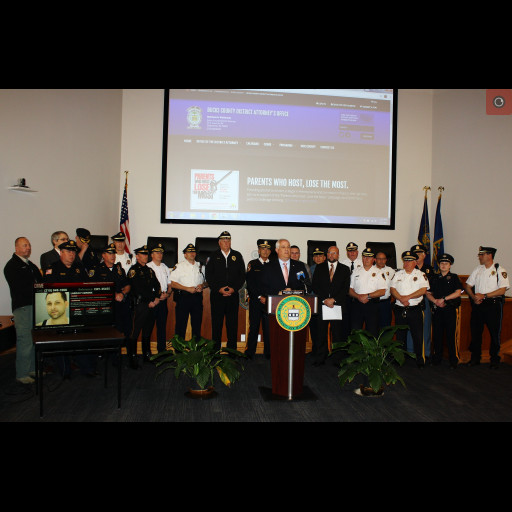