The 21-year-old man who shot and killed two men who were attacking him in the parking lot of the Steam Pub in Upper Southampton Township was justified in using deadly force, District Attorney Matt Weintraub announced on Thursday, Oct. 27, 2022.

Liam Hughes and a friend were returning to Hughes’ car on the night of Oct. 7, 2022, after leaving the Steam Pub, 606 Second Street Pike, Southampton PA 18966, when a group of men gathered near his car confronted and attacked him, Weintraub explained.

Three men pummeled Hughes during the attack, punching and striking him in the face and head and knocking him to the ground where they continued the assault. Hughes attempted to get into his vehicle but was being actively pulled out by one of the attackers.

Hughes had to reach behind with his right arm while being attacked and was able to get his hand on his weapon that was between the driver’s seat and the center console. He warned the assailants that he had a weapon and told them to stop. The men continued the attack, and Hughes opened fire, killing two of his assailants and injuring a third man.

Immediately after the shooting, Hughes called 911, telling dispatchers he shot at a group of men who attacked him in the parking lot of the Steam Pub. Bucks County 911 received numerous other calls reporting the shooting.

Upper Southampton Township Police Department and EMS arrived at the scene and found two deceased males in the Steam Pub parking lot. Those men were later identified as Steven Panebianco, 30, of Bensalem, and Raymond Farrell, 28, of Philadelphia. While on scene, police received information that a third man – Richard Bowman, 24, of Philadelphia – sustained a gunshot wound and was treated at a local hospital with non-life-threatening injuries.

After calling 911, Hughes remained on the scene until police arrived and cooperated fully with the investigation, including giving a video and audio recorded interview, allowing police to review his cellphone, and consenting to gunshot residue testing, photographing, having his clothing collected, providing a blood sample, and releasing his medical records.

Detectives with the Bucks County District Attorney’s Office and the Upper Southampton Township Police Department conducted a comprehensive investigation that included processing the scene and recovering and accounting for all shell casings and rounds, interviewing with those involved and witnesses, reviewing surveillance footage from inside and outside the Steam Pub, examining cellphones, searching vehicles, and collecting and reviewing 911 calls.

The investigation also found that Hughes, an Army reservist for the past 3 ½ years, held a valid concealed weapons permit and legally purchased the firearm himself. At 5-foot-6 and 140 pounds, Hughes was also considerably smaller than his assailants.

During a news conference to announce the findings of the investigation, District Attorney Weintraub played surveillance footage that captured the assault and shooting, and the 911 call that Hughes placed after the shooting.

In the video, Panebianco, Farrell and a third man, Michael Michell, can be seen repeatedly punching Hughes. Panebianco throws the first punch that started the attack, and then also punches Hughes’ friend Luis Rodriguez five times in the head and face. Rodriguez fled to get help as the three men continued the attack.

Additionally, District Attorney Weintraub announced that Michell, 24, of Philadelphia, would be charged with simple assault, a misdemeanor of the second degree, for his role in the attack. Michell punched the victim at least four times in the head during the attack, the investigation found.

Bowman was not charged. 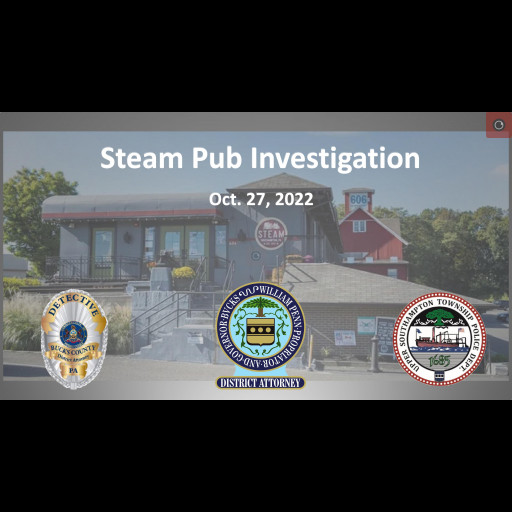 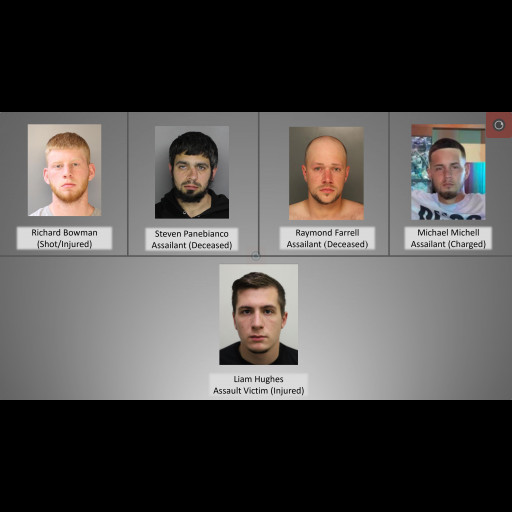 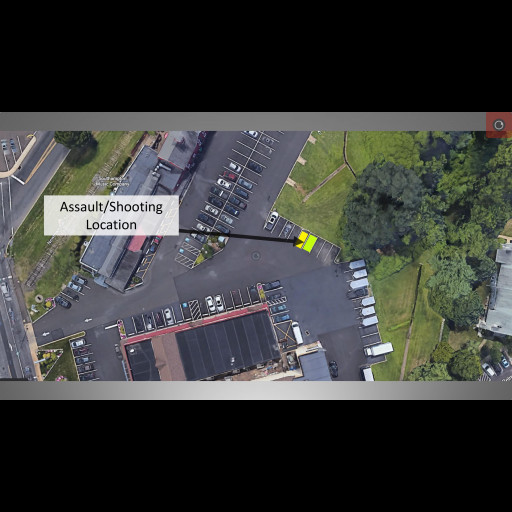 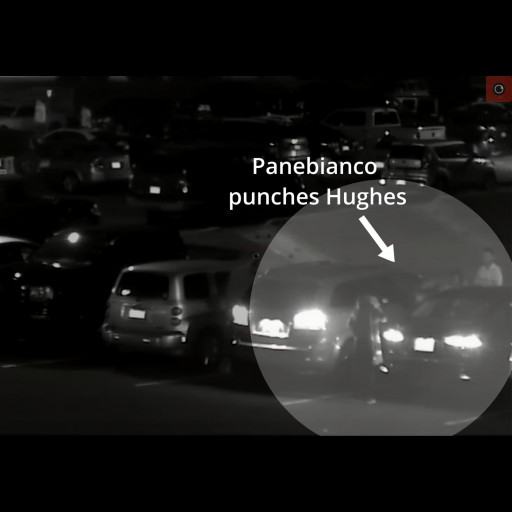 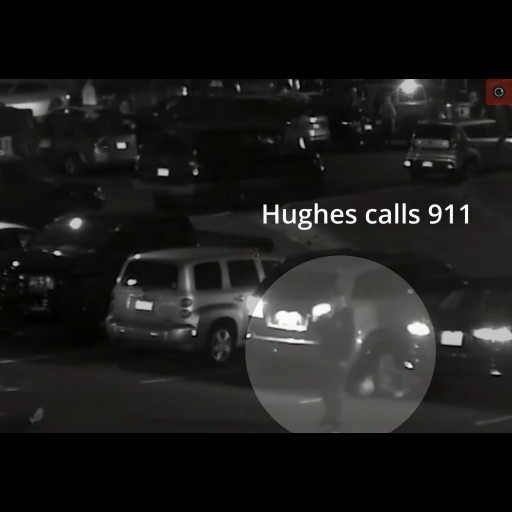