The cousin of a 14-year-old girl who was fatally shot and stabbed in her Bristol Township home last week was arrested Monday and charged with stealing two guns belonging to the victim's father.

Colin Haag, 20, who lived at the residence with Autumn Bartle and her parents, has been identified as a suspect in the murder of the teen, but has not been charged with her homicide at this time.

Haag was arraigned late Monday afternoon before Magisterial District Judge Robert L. Wagner Jr. on one count of theft of the guns by unlawful taking or disposition, a felony of the second degree.

Wagner set bail at $100,000 cash, and Haag was being held at the Bucks County Correctional Facility in lieu of that amount. A preliminary hearing is tentatively scheduled for 9:15 a.m. April 11 at District Court 07-1-02, 501 Bath Street, Bristol, PA.

During the investigation, police discovered that two firearms owned by Michael Bartle, the victim's father, were missing, according to a probable cause affidavit. The guns, a .380 Smith and Wesson Bodyguard pistol and a 9mm Smith and Wesson M&P pistol, had been stored by Michael Bartle in his upstairs bedroom  of his home in the 400 block of Sycamore Avenue, the affidavit said.

Haag subsequently was found by Bensalem Township Police at about 10 p.m. along State Road between Camer Drive and Imperial Court, suffering from a self-inflicted gunshot wound to the neck. Upon searching him, police found him in possession of the two handguns reported stolen by Michael Bartle, the affidavit said.

Haag was charged upon his release from Jefferson Hospital Philadelphia, where he had undergone treatment for the gunshot wound.

A copy of the criminal complaint can be found by clicking on the link below. 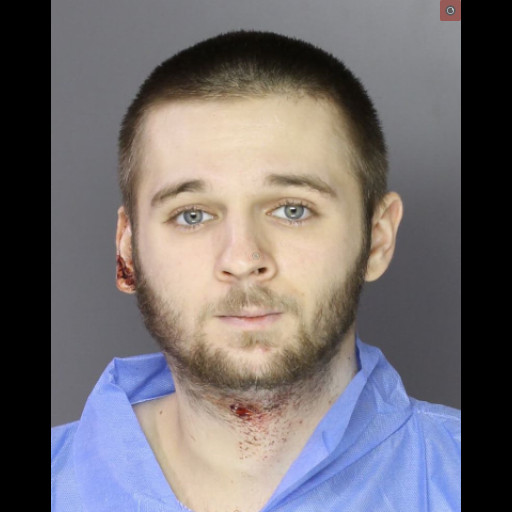