Chief Henry and members of the Bristol Borough Police on behalf of Congressman Brian Fitzpatrick, presented Maddalyn Stadler with an American Flag that was flown over the United States Capital.  This flag was presented in recognition of Maddalyn's "outstanding service to our community," as listed on the certificate that was also presented to Maddalyn.  Earlier in the year Marrilyn had made care packages for the Bristol Borough Officers.  Maddalyn had told her parents that she did not like the way police officers were being treated.  She then came up with the idea to make care packages which she put together and delivered to the officers of Bristol Borough.  Congressman Fitzpatrick learned of Maddalyn's efforts and felt that this type of community service should be recognized. 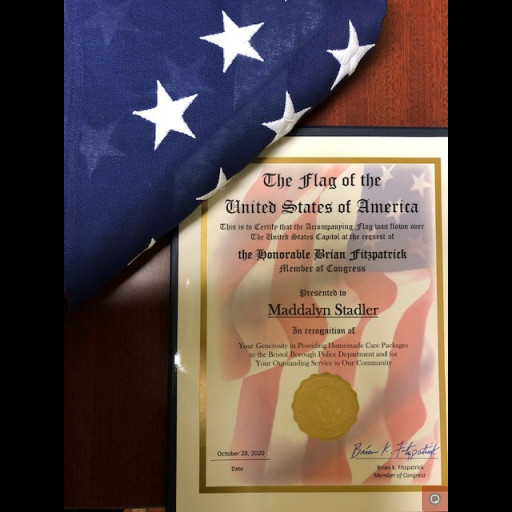 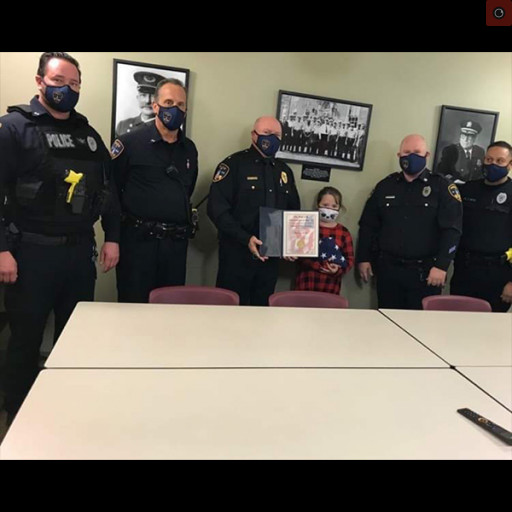