On Sunday, January 20, 2019 at 12:41 p.m., members of the Bensalem Police Special Investigations Unit executed a search warrant on 104B Konefal St. in Bensalem Township, PA.  The search warrant originated from an investigation that started in early November of 2018.  Bensalem Police received numerous complaints of loud parties and the constant smell of marijuana coming from the residence.  Since receiving the complaints, patrol officers have smelled marijuana coming from the Konefal address.  The Bensalem Police Special Investigations Unit conducted a follow up investigation and developed probable cause that the resident, Rakim Hasheem Allen, was selling marijuana.  Rakim Allen is a well-known Rap artist known as “PnB Rock.”

The search 104B Konefal St. yielded approximately four (4) pounds of marijuana, scales, packaging material, over $33,000 in cash, and a stolen .40 caliber Glock handgun.

Rakim Allen was charged with Possession with Intent to Deliver, Possession of Narcotics, Receiving Stolen Property (for the stolen handgun), Criminal Conspiracy and other related offenses. Stephanie Sibounheuang was inside the residence at the time of the search and she was charged with Possession of Narcotics, Receiving Stolen Property, and Criminal Conspiracy.

Both subjects were arraigned by District Judge Joseph Falcone. Bail was set at 10% of $500,000 for both individuals and they were remanded to the Bucks County Correctional Facility. 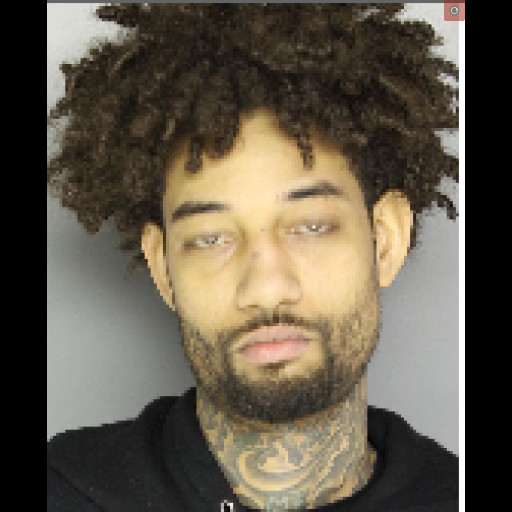