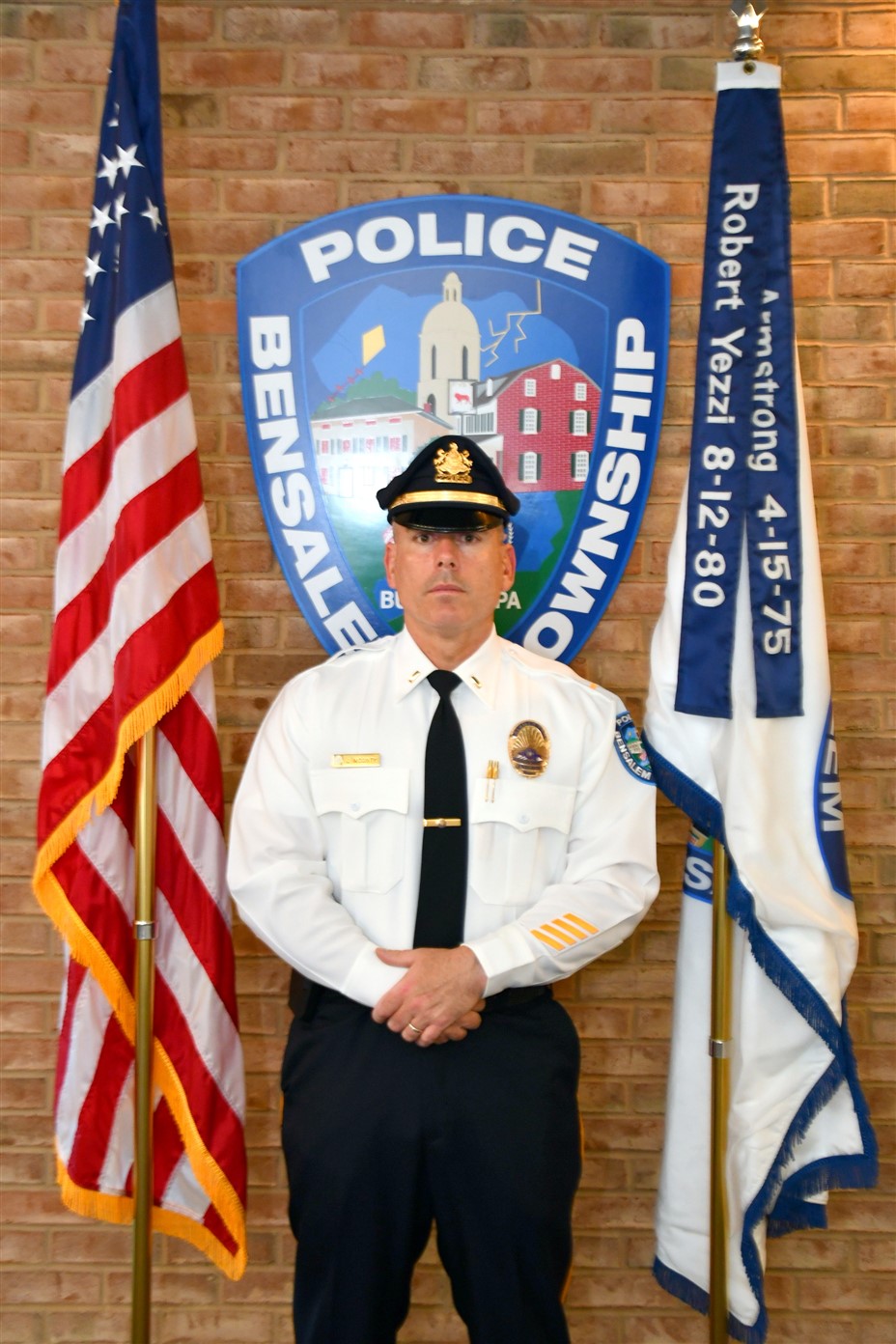 Lieutenant McGinty is a graduate of Valley Forge Military College and is a United States Marine Corps Veteran. He received his Bachelors and Masters of Science Degree in Criminal Justice from Saint Joseph’s University. Lieutenant McGinty is also a graduate of the Northwestern University School of Police Staff and Command class #426 ,where he received the Franklin M. Kreml Leadership Award.

Lieutenant  McGinty is a long-time resident of Bensalem and enjoys spending his time off with his wife,  two sons and daughter.