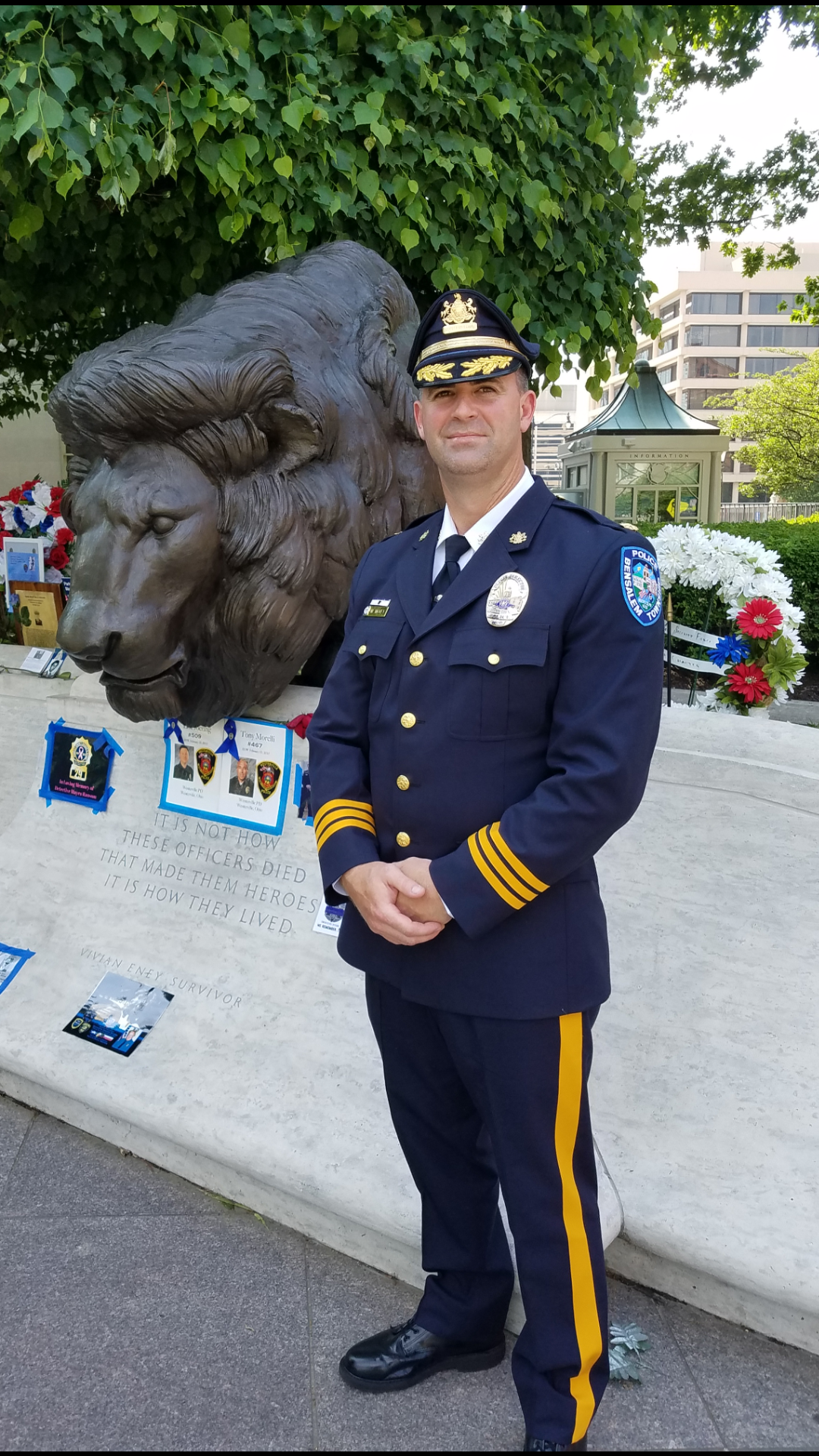 William McVey has been a member of the Bensalem Township Police Department since 1998.  He is currently the Deputy Director of Public Safety and was promoted to that position in January of 2018.  As Deputy Director, he functions as the Department’s Executive Officer and assists Director Harran with leading the department.

Prior to his appointment, Deputy Director McVey served in many capacities throughout his career.  These positions include: Patrol Officer, Field Training Officer, K-9 Officer, Sergeant (Patrol and Criminal Investigations) and Lieutenant.  As a Lieutenant, he commanded police operations.  Deputy Director McVey also serves as the Department’s Public Information Officer, responsible for media relations.

Deputy Director McVey has a Bachelor’s degree from Millersville University and a Master’s degree from St. Joseph’s University.  He is a graduate of Northwestern University’s School of Police Staff and Command. He also graduated from the Senior Management Institute for Police presented by the Police Executive Research Forum in Boston, MA.  In addition to his duties in Bensalem, Deputy Director McVey serves as the 4th Vice President of the Chiefs of Police Association of Southeastern Pennsylvanian, is on the board for the Bucks County Hero Scholarship Fund, and is a member of the Bucks County Chiefs of Police Association.

Over the course of his career, Deputy Director McVey has been the recipient of multiple commendations and awards. He is proud to have been recognized as Police Officer of the Year early in his career and being part of the team that received recognition from the Citizen's Crime Commission and the International Association of Chiefs of Police for the Department's DNA program.  In 2017, he was recognized as one of the Emerging Leaders for Bucks and Eastern Montgomery Counties by the Bucks County Courier Times and Intelligencer.