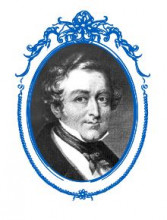 Sir Robert Peel founded the London Metropolitan Police in 1829.  He went on to serve as British Prime Minister for two separate terms and earned a reputation as a powerful and effective reformer.

In addition to establishing London’s first modern, disciplined police force, Peel articulated “nine principles of policing which remain as relevant and meaningful today as they were in the 1830s.   Defining the basic mission of police as prevention, recognizing that police must win public approval, favoring persuasion and warning over force, and defining success as the absence of crime and disorder rather than in terms of police action — these were all cutting edge ideas in the 1980s let alone the 1830s.

Peel’s nine principles inform the vision of collaborative policing that I believe is essential to healing the divisions that exist between the police and the communities we serve.  They will guide us in our efforts to foster shared responsibility for public safety as we move forward:

Principle 1 – “The basic mission for which the police exist is to prevent crime and disorder.”

Principle 2 – “The ability of the police to perform their duties is dependent upon public approval of police actions.”

Principle 3 – “Police must secure the willing co-operation of the public in voluntary observance of the law to be able to secure and maintain the respect of the public.”

Principle 4 – “The degree of co-operation of the public that can be secured diminishes proportionately to the necessity of the use of physical force.”

Principle 5 – “Police seek and preserve public favor not by catering to the public opinion but by constantly demonstrating absolute impartial service to the law.”

Principle 6 – “Police use physical force to the extent necessary to secure observance of the law or to restore order only when the exercise of persuasion, advice and warning is found to be insufficient.”

Principle 7 – “Police, at all times, should maintain a relationship with the public that gives reality to the historic tradition that the police are the public and the public are the police; the police being only members of the public  who are paid to give full-time attention to duties which are incumbent on every citizen in the interests of community welfare and existence.”

Principle 8 – “Police should always direct their action strictly towards their functions and never appear to usurp the powers of the judiciary.”

Principle 9 – “The test of police efficiency is the absence of crime and disorder, not the visible evidence of police action in dealing with it.”

“Guided by such values and with the help of our citizens and the best efforts of the men and women of the Bensalem Township Police Department, I am confident of our success.” – Director Fred Harran, Bensalem Police Departme